The Royal Dutch Shell (Shell) and the Scottish utility company SSE Generation Ltd (SSE) have selected the french engineering company Technip to provide the front end engineering and design (FEED) work for the construction of the world-scale fully integrated carbon capture and storage (CCS) project to be developed at the gas-fired Peterhead Power Station in conjunction with the Goldeneye field in Scotland, UK. 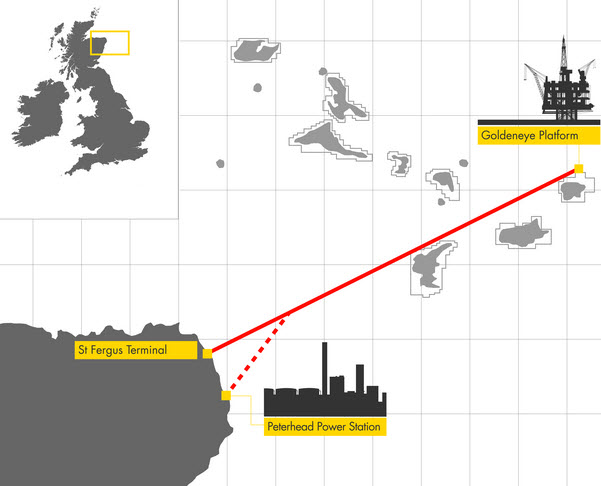 SSE is one of the largest utility company in the UK and Ireland operating power generation facilities and large network of distribution for electricity and gas  across both countries.

Located approximately 50 kilometers north of Aberdeen, along the northeast coast of Scotland, Peterhead is ideally posted at the crossroad of multiple pipelines system to receive the gas to power the generation of electricity and to export the emitted carbon dioxide (CO²) back to the available reservoir in the North Sea offshore UK.

For this reason, the UK Government had selected in May 2011 the Peterhead Power Station as a potential candidate for a pilot project of carbon capture and storage in the UK to be supported by the European Investment Bank to reduce carbon dioxide emissions in Europe.

In November 2012, the UK Government and the local Industry CCS Cost Reduction Task Force published their recommendations to turn the CCS solution financially viable for the gas-fired and coal-fired power plants in the country considering all the new  technologies to be developed in that purpose.

On its side Shell has accumulated a unique expertise in capture, transport and storage of CO² with projects in Mongstad, Norway, Quest in Canada, or Gorgon in Australia.

With Peterhead CCS, Shell and SSE will take a leap as this project will be the first world-scale carbon capture and storage fully integrated solution to run commercially.

From the feasibility study made by Shell, this Peterhead CCS project should include: 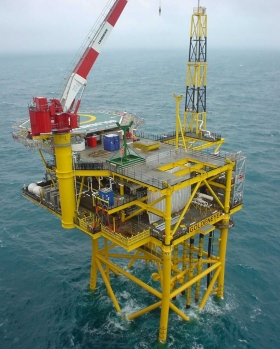 – Gas Injection units to store the CO² in the Goldeneye gas depleted reservoirs 2.5 kilometers beneath the seabed.

– Modification of the existing facilities

Peterhead CCS is one of the two projects finally selected by the UK Government to demonstrate the technical and commercial viability of the carbon capture and storage solution to reduce CO² emissions.

With Peterhead CCS Project, Shell and SSE expect to reduce the power station emissions by 90%, representing 10 million tonnes of CO² saved from the atmosphere.

In awarding the FEED contract to Technip, Shell and SSE are planning to start engineering, procurement and construction (EPC) in 2016 for commercial operations targeted in 2020.