Shell to become the biggest investor in Qatar

Through giant projects like Qatargas LNG 4  and Pearl GTL, Shell has become a key player in Qatar. 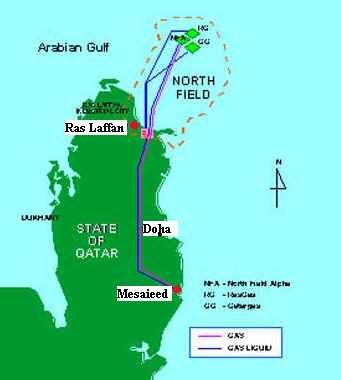 These projects requested more than $ 26 billion capital expenditure on the top of which Shell is planning additional $ 6 billion for a greenfield Ras Laffan olefin complex in joint venture with Qatar Petroleum.

With Liquefied Natural Gas (LNG), Gas-To-Liquid (GTL) and a wide range of petrochemical products, Shell is concentrating in the Ras Laffan Industrial City and in the world the largest spectrum of hydrocarbons transformations based on natural gas feedstock.

Showing an extensive picture of its technologies supported by more than 3500 patents, Shell is covering the most critical phases of the upstream and downstream value chain in an advanced integrated business model.

For Shell it is a unique opportunity to deploy these processes at world scale units and to benefit from competitive natural gas feedstock prices to sell high added value products.

For Qatar, facing some market shifts from West to East on natural gas markets, the Shell projects illustrate perfectly the necessity to reduce reliance on gas prices in developing downstream added value activities. 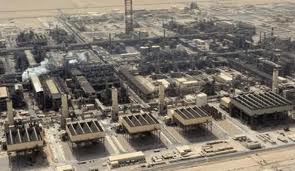 The large spread between the oil prices and gas prices has never been so favorable to develop this integrated business model since most of the market prices of the hydrocarbon liquids and petrochemical products are mostly indexed on oil barrel prices standing pretty high around $100 per barrel while costs are driven by gas prices, lower than ever in all regions.

In parallel to these $32 billion capital expenditure in these three major projects (Qatargas LNG 4, Pearl GTL and Ras Laffan Olefin), Shell opened in 2008  the Qatar Shell Research & Technology Centre at the science park.

Shell is committed to a substantial capital expenditure of up to $100 million over a 10-year period on a world-class technology innovation and development programme in Qatar.

In addition Shell is booking half of it revenues from the natural gas  while the other major IOCs are still booking more from oil.

This unique position among the major IOCs makes Shell more reliant on gas markets as feedstock and requests Shell to develop all added values downstream  transformations out of natural gas.

In this context Shell and Qatar share the same challenges and goals, therefore it makes sense for them to bridge a long term partnership.

Qatar reported to take 3 to 5% stake in Shell

Since Qatar’s sovereign wealth fund is investigating opportunities for investing in European assets and diversify its holdings interests from financial services, manufacturers and luxury goods, Shell is a perfect target. 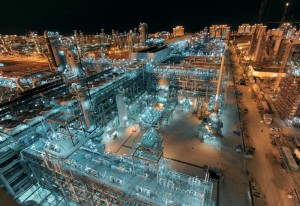 Shell said it was “delighted to welcome the Qatar Investment Authority as a long-term and major shareholder in Shell, and particularly given our excellent strategic relationship with the Qatari state”.

Shell declined to say what the size of the QIA holding was but stock exchange rules meant any stake over 3% would automatically trigger a public statement to the London stock exchange (LSE).

A 3% stake would be worth $6.4 billion based on the Shell’s current share price, and would make Qatar the third largest shareholder in Shell after BlackRock and Legal & General

A 5% stake would make QAI the biggest single investor in Shell.

If Shell appears as a premium target for investment to the QAI, some other major IOCs like ENI and Total are fitting well too.

QAI took in May a 3% holding interest in French energy group, Total and si reported to buy a stake in Italy‘s major oil company, ENI.

Since Qatar had put on hold all the upstream developments of non-associated gas until 2015, these capital expenditures to take strategic stakes in Shell, ENI, or Total should be boosted by the extended value chain of the downstream activities left by the widening spread between oil prices and gas prices.