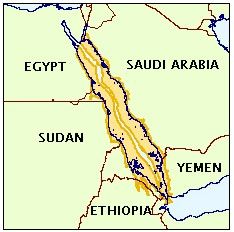 The program is designed to ensure to have ample spare capacity to meet underestimated energy demand.

Shoaibi Group and its international partners started in February to survey parts of the Red Sea, the Khobar.

The contracts were with U.K.’s ARKeX and the Norwegian Electromagnetic GeoService AS ( EMGS).

Shoaibi and its partners completed the exploration and data-compilation work on second quarter 2011.

All this program is to help Saudi Arabia to increase natural gas production by 40 percent to 4.5 billion cubic feet per day in 2014.

Saudi Arabia is beginning an oil and gas exploration push that is expected to turn up 100 billion barrels of new oil in existing fields and in unexplored regions including in the Red Sea.

This increase would represents 38% increase of the actual Saudi Arabia 267 billion barrels of so-called proven reserves, about one-fifth of the world’s total.

The company is also working on increasing its rate of oil recovery from fields to 70% from 50% in coming years.

These discovered oil and gas fields lie by more than 1000 meters water depth and request to introduce and deploy deep water offshore technologies at large scale.

Therefore this program will benefit to engineering and services companies which have accumulated experience in other deep water regions such as the North Sea or the Gulf of Mexico.

To support the deep offshore exploration and production program Saudi Aramco will improve its research and development capabilities.

Saudi Aramco will double the number of scientists who work for the company and opening research centers around the world, the first one to be in Houston, Texas USA. 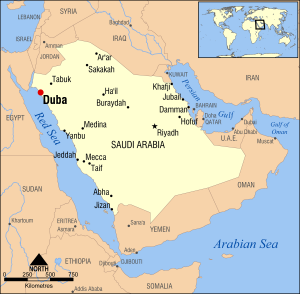 Regarding the onshore facilities to support this offshore development, the city port of Duba in the Tabuk Province is offering a good base.

Duba could also be used to install the downstream activities for the oil and gas treatment.

Saudi Aramco is operating offshore fields such as Safaniya for 50 years, so it is confident to implement its $25 billion capital expenditure in the Red Sea on time with Saudi Arabia targets.