Until now, Chevron was the main owner and operator of the Block-B and Block 48/95 gas projects offshore Vietnam whereas:

Located in the Malay-Tho Chu Basin by 80 meters water depth approximately 300 kilometers from shore at the utmost southeastern Vietnam, the Block-B and Block 48/95 were recognized as one of the most important gas fields in Vietnam with in-place reserves estimated to at least 5 trillion cubic feet (tcf) of gas and condensate.

In July 2009, Chevron and its partners started to work on the front end engineering and design (FEED) of the project.

Since then the Block-B and Blcok 48/95 gas fields projects was slowly moving until it got totally stocked because of the disagreement on the gas price between the partners and PetroVietnam, the national company to purchase the gas.

While Vietnam has limited developed resources, it desperately needs natural gas to supply the multiple power plants in projects around to country to support its economical growth.

As these electrical power needs constantly increase since 2009, Chevron and its partners could reasonably expect the Vietnam Government to show some flexibility in the gas prices negotiations.

On one side Chevron was targeting a price between $7 and $10 per million British thermal unit (mbtu) to develop the Block-B and Block 48/95 in commercially viable conditions.

On the other side PetroVietnam payed barely its gas more than $4 per mbtu from its own resources and therefore had little motivation to exceed $6 per mbtu. 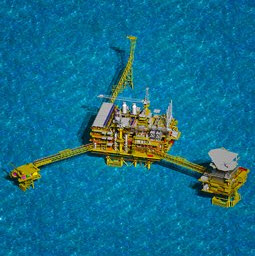 In addition these discussions about the gas prices took place in a period where the gas prices went under pressures all over the world because of the shale gas development in North America.

In this context, PetroVietnam was unlikely to show flexibility and in 2013 Chevron decided to post for sales its stakes in the Block-B and Block 48/95 projects.

Since then the India state-owned company Oil and Natural Gas Corporation (ONGC) and the Russian Rosneft took their chance to buy Chevron stakes in the Block-B and Block 48/95 but finally PetroVietnam itself decided to apply its preemption right as being already member of the joint venture.

Estimated to require $4.2 billion capital expenditure the PetroVietnam Block-B project should include:

After signing this agreement with Chevron, the Vietnam national company, PetroVietnam and its partners Mitsui and PTTEP are planning to move on fast track with this Block-B and Block 48/95 project in order to resume all the gas-fired power projects left on hold in the meantime and start first production by 2020.