This quick move comes as the consequence of the decision made by the national oil company (NOC) Petronas to drop its Angsi CEOR Vessel project and consider alternative options.

With $12 billion capital expenditure over the next 30 years, Shell and Petronas are targeting to increase the current 35% recovery rate to 50% in nine fields of the Baram Delta and four other fields offshore Sabah including St Joseph. 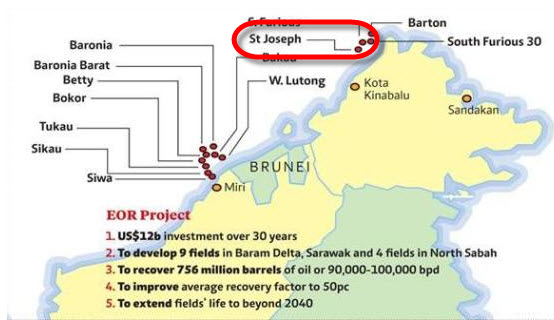 In parallel Petronas initiated the Angsi CEOR Vessel project to be moored 160 kilometers offshore Terengganu in the Malaysia Peninsula.

Budgeted to $1 billion capital expenditure, Petronas Angsi CEOR Vessel intended to inject a combination of desalinated water together with an alkali-surfactants-polymers (ASP) mixture.

In this process the oil and gas recovery performances are directly related to the adequate balance between the desalinated soft water and the surfactant additives.

According to Shell and Petronas agreement the vessel developed and used for Angsi CEOR was expected to move to St Joseph after four years operations.

In this context, Shell speed up the development of the St Joseph CEOR Vessel project.

Defined as a pilot, St Joseph CEOR Vessel should be far smaller than Angsi. 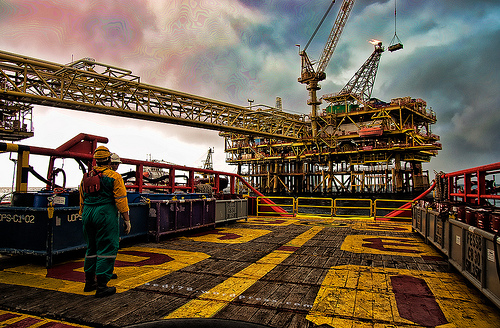 From the conceptual study performed by Technip Kuala Lumpur, St Joseph CEOR should have 2,500 barrels per day (b/d) injection capacities instead of 150,000 b/d for Angsi.

St Joseph CEOR topsides should not exceed 500 tonnes while Angsi was spiraling up to 7,000 tonnes.

Because of its limited size, Shell intends to develop St Joseph CEOR Pilot project based on a converted barge.

The scope of work includes the detailed design of the St Josepth CEOR Pilot project as well as three years engineering contract for process continuous improvement while in operations.

In this scenario,Shell is planning to award St Joseph CEOR Pilot project engineering contract on the first quarter 2014 for a first injection on test offshore Sabah, Malaysia, in 2015.