The french major Total and the Malaysian national oil company Petronas decided to organize parallel conceptual study for the development of the K5 gas field offshore the Sarawak province in southeastern Malaysia.

Discovered in 1970, the K5 gas field is located 230 kilometers northwest Bintulu, in 80 meters of water depth.

The offshore gas fields in Malaysia are known to contain a high percentage of carbon dioxide (CO2) which explains why these fields were left undeveloped so far.

But Malaysia is one of the few countries in the world to be actually a natural gas producer and net exporter which may turn to become a net importer if the production is not developed significantly to cover future needs. 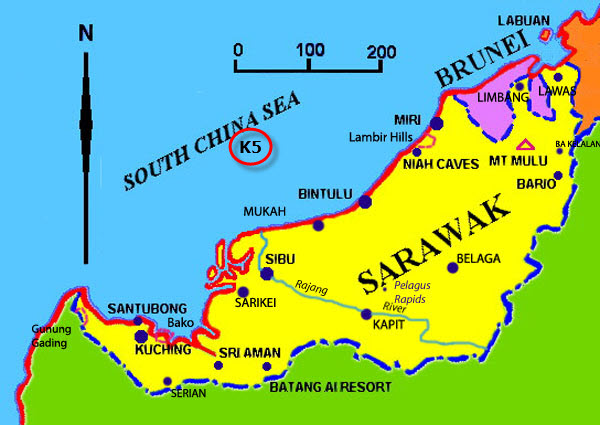 Because of its booming electrical consumption, Malaysia needs more gas and in addition the Government is pushing major investments on the petrochemical sector to reduce import and create local jobs.

From balance sheet and social perspectives this policy should benefit to the country as long as the gas supply can support it.

Thus the value of the gas must be measured across the whole upstream–downstream value chain.

In this context of integrated business, the quality of the natural gas is important as it will affect the costs but this issue comes after the challenge to produce enough quantity to feed the local economy.

So far Petronas identified 15 offshore gas fields to have a high content of CO2.

All together these fields contain 13.2 trillion cubic feet (tcf) of natural gas for 27.32 tcf of CO2, meaning twice more than gas.

Among these fields, K5 is ranked second by CO2 rate at 70%, but it is the largest by recoverable reserves with 4 tcf of natural gas lying in the reservoir.

Therefore the development of these fields, in begining with K5, requires to capture this CO2 and to re-inject it in oil fields to boost the production of maturing crude oil fields in Malaysia. 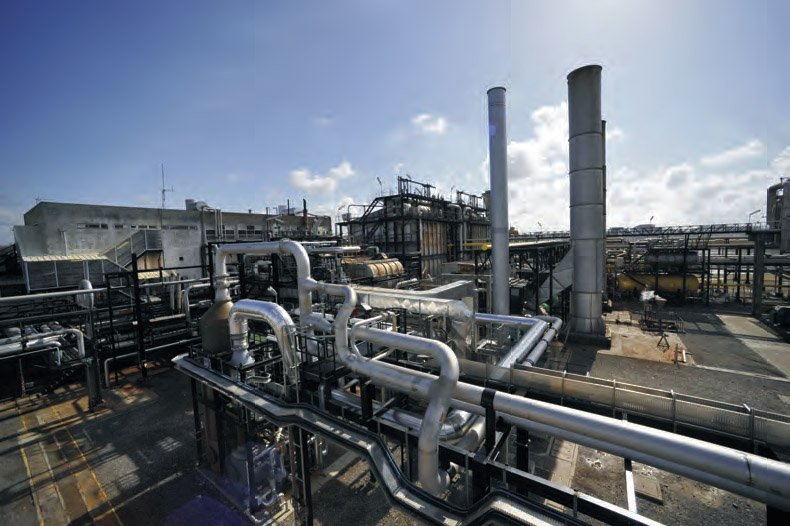 As not some many companies have yet experienced at large scale this process of CO2 capture, transportation and re-injection,  selected Total to deploy this technology in Malaysia.

At that time the goal of this HOA is to give Total and Petronas 15 months to check the viability of such a project considering its accumulation of technical and environmental challenges.

– Re-export pipelines for the CO2 to the oil fields.

Because of the long distances between the gas field and the onshore facilities and then to the oil fields, the estimated costs of this conceptual design are ballooning far above $2 billion capital expenditure.

In this context, Total and Petronas decided to investigate an alternative all offshore solution and to organize a call for tender for a conceptual study based on:

– One central processing platform for CO2 separation and gas treatment

– Two gas compression platforms to export the gas to Bintulu LNG and the CO2 directly to the oil fields.

In December 2012, Total and Petronas received technical and commercial offers from:

Total and Petronas expect to make a decision on first quarter 2013.

In order to respect the tight planning of 15 months, Total and Petronas should award in following a pre-front end engineering and design (pre-FEED) contract for this offshore solution to develop the K5 sour gas field offshore Sarawak in Malaysia.