The national oil company PetroChina Company Limited (PetroChina) was established on November 1995, by the Chinese Government from the major restructuring of the oil and gas sector in China and of its national company at that time, China National Petroleum Corporation (CNPC).

In this operation the Chinese Government keeps holding 100% shares of CNPC representing the national oil and gas interests while PetroChina was listed in:

Today CNPC still controls PetroChina with 86.507% of the shares.

Registered as 中国石油天然气股份有限公司, in Chinese, and PetroChina Company Limited, in English, PetroChina is the largest oil and gas company in China with 552,810 permanent employees at the date of December 2011.

As a fully integrated company, PetroChina is active:

– Midstream in building and operating pipelines, storage facilities, export and import terminals, and a fleet of transportation vessels

– Downstream in refining and primary petrochemical products, derivative chemicals and other chemicals;

– Marketing in managing one of the largest retailer network of distribution in the world.

As most of the national oil companies, PetroChina sees the benefits of the fully integrated upstream-downstream business model to improve the operation efficiency, reduces costs and enhances the core competitiveness and overall anti-risk capability. 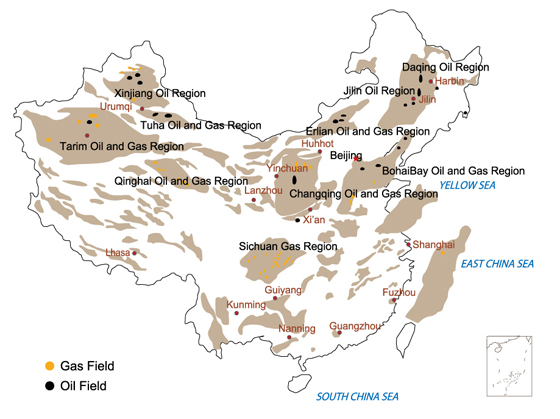 These Chinese Institutes are based on the different provinces in China and are specialized in processes directly related to the local activities.

Although reporting to PetroChina, these Chinese Institutes may also work for other companies in the same way as PetroChina may use third parties engineering companies.

This flexibility is given to all PetroChina entities to favor faster growth and stimulate performances.

PetroChina’s missions, as for the other Chinese national oil companies, is to:

To fulfill this mission, PetroChina develop three strategies dedicated to:

From the tactical perspective PetroChina focuses on:

– Establishment of a long-term mechanism for work safety, environmental protection and energy conservation.

PetroChina is implementing its strategy in two phases.

– Phase 1 belongs to the 11th Five-year Plan during which PetroChina will focus on its core businesses, keep developing emerging energy businesses, maintain the leading role in China and prepare the company to become a global player.

– Phase 2 should take place in 2020 to further consolidate its Chinese leadership and go global with financial performances to be compared with international oil companies and become one of the largest integrated producer and distributor of oil and gas, and petrochemical products. 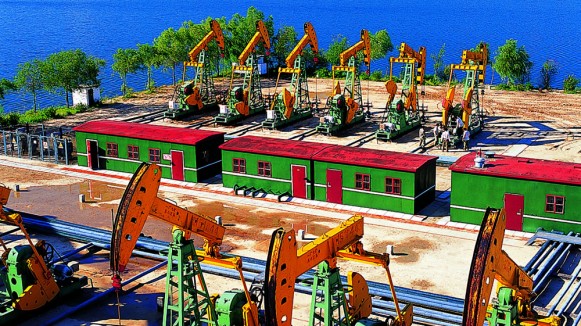 To implement this strategy PetroChina goes global but adjusts its operations to each continent or country.

China has the largest resources of coal, so all the lessons learnt from Queensland CSG exploration production will find immediately their application in the Shaanxi Province or Inner Mongolia Province.

In Middle-East PetroChina is taking position in Iraq with the Halfaya oil field in winning some of the largest fields sanctioned by the Government on the second round of Technical Services Contracts.

In Africa PetroChina is looking for all opportunities of acquisitions or sharing assets such as with the African Petroleum Corp last August.

Canada having the third world largest reserves, is one of the favorite destinations for the Chinese companies such as PetroChina.

Athabasca Oil Sands Corp. has exercised its option to sell its remaining 40 per cent interest in the MacKay River oilsands project to a unit of Chinese oil giant PetroChina for about $680 million.

In May 2012, PetroChina took 20% share of the Canada LNG project in joint venture with Shell, the operator, Korea Gas Corporation (KOGAS), and Mitsubishi Corporation.

With Russia, PetroChina is offically mandated to restore dialogue with its counter part Gazprom to find a common base to import natural gas at a price still to be compromised between parties.

PetroChina is already one of the largest company in the world and develop country by country, business by business, all the conditions to build a long standing global market leadership.