The wholly state-owned company Petroleos Mexicanos (Pemex) is planning to invest up to $6 billion capital expenditure to stop the depletion of its giant Cantarell oil and gas field on the Mexican Continental Shelf of the Gulf of Mexico.

Located 80 kilometers offshore in the Bay of Campeche, Cantarell lies in the shallow waters of the southern part of the Gulf of Mexico. 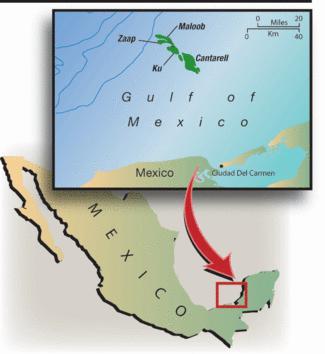 Discovered by fishermen in 1972, its easy access and light crude oil quality enabled Pemex to undertake the fast track development of a discovery which appeared as the largest field in Mexico and one of the largest in the world.

Cantarell field is split in multiple reservoirs including Akal, Chac, Kutz and Nohoch.

With the first oil commercially produced in 1979, Pemex managed to ramp up the production up to the exceptional level of 2.21 million barrels per day (b/d) in 2003 representing more than half of Mexico total production.

Because of the quality of its crude oil and easy access in the shallow water of Gulf of Mexico, Cantarell appeared to be very productive at low costs leading Mexico and its spearhead company Pemex to feel confident in standing self sufficient in developing oil and resources in Mexico.

But this lack of technological challenges during some decades has left Pemex unable to develop the expertise to explore deep offshore field or to implement enhanced oil recovery (EOR) techniques required to maintain national oil and gas production while Cantarell started to deplete naturally.

Since 2003 peak, the production continuously declined from Cantarell down to the current 340,000 b/d.

To stop this decline and restore its production capacity, Mexican Authorities has decided, after years of intense debates, to change constitution to allow foreign companies to invest in Mexico. 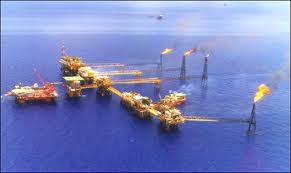 In this perspective, the Government is preparing legal ground for Pemex to establish joint venture with foreign companies in order to develop existing and new fields.

Among Cantarell main reservoirs, Akal has been identified as the most promising for enhanced oil recovery (EOR) investment in order to compensate the additional foreseeable lose of 100,000 b/d.

Stopping Cantarell depletion is ranked as the first priority in Pemex agenda.

Considering that the first allocation of licences to foreign companies should occur in September 2014 through the so called Round Zero process, Pemex should proceed with Cantarell Akal EOR project in 2017.