In Thailand the oil and gas and petrochemical activity is driven by the national oil company (NOC) PTT Public Company Limited (PTT) and its more know subsidiary PTT Exploration and Production Public Company Ltd (PTTEP) with the support of foreign majors such as Chevron or Mitsui Oil Exploration Company (Mitsui or MOECO) and independent companies such as Coastal Energy and Salamander Energy.

Approximately 80% of the oil and gas production is coming from the Gulf of Thailand and require significant investment to maintain the plateau production of these offshore fields. 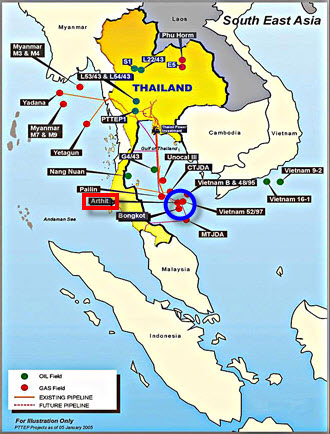 Although Thailand has been producing oil and gas for decades, and still ranks as the third producer in Asia after China and Indonesia, its economical development has driven this country to become a net importer in both sources of energy.

This evolution in Thailand trading balance sheet pushed the State-owned company PTTEP to go global and explore all opportunities to get access to additional resources in Middle-East, in East Africa or in Canada.

In running global PTTEP is taking stakes in large projects operated by experienced companies with whom PTTEP shares not only the working interest but also the technical expertise in deep offshore blocks or in onshore fields calling for enhanced oil recovery techniques that could be deployed in Thailand to maintain the oil and gas production from the existing fields as long as possible.

Since Thailand run eight refineries and a consistent  petrochemical industry, it is essential to secure competitive oil and gas supply to sustain its vital downstream sector.

The Thailand national oil company (NOC) PTT Exploration and Production Public Company Ltd (PTTEP) and its partners, Chevron from USA and Mitsui Oil Exploration Company (Mitsui or MOECO) from Japan are working on the call for tender for the Arthit south gas Gathering Platform (AGP) in the Gulf of Thailand. This Arthit south gas Gathering Platform is part of the Arthit gas field expansion planned by Thailand to increase its local production in the perspective to cope with the rising domestic demand. 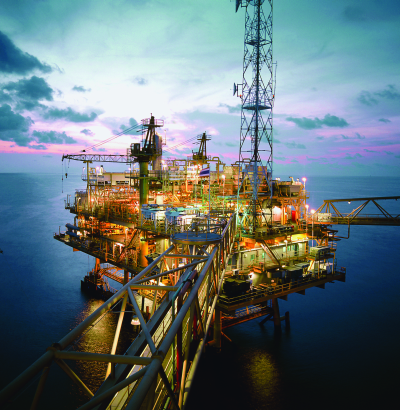 The California-based company Chevron and its partners, PTTEP from Thailand, Hess from USA and Mitsui Oil (Mitsui) from Japan are preparing the calls for tender for the main engineering, production and construction (EPC) contracts to be awarded for the development of the offshore Ubon project in Thailand. This Ubon project results from Chevron and PTTEP decision to proceed to the full field development of the Block 12/27 in the Pailin Basin of the Gulf of Thailand. As the largest operating company in Thailand, Chevron produced in 2011 65,000 barrels per day (b/d) of crude oil and condensate and 867 million cubic feet per day (cf/d) of natural gas.

The Japanese JSR Corporation and Bangkok Synthetics Corporation (BST)  have created a  joined venture (51%/49%) in June 2011 called the JSR BST Elastomer Co. to build the first Solution Polymerization Styrene-Butadiene Rubber (S-SBR) plant in Map Ta Phut, Rayong Province, Thailand. S-SBR is a high-performance synthetic rubber used mainly in tires and industrial goods for which the global demand for S-SBR for use in fuel efficient tires has been growing rapidly in recent years.