Saudi Arabia to switch on Power Generation from Gas

With oil price running steadily around $100 per barrel, the use of crude oil to feed Power Generation appeared more and more as a luxurious solution.

As a result Saudi Aramco has made multiple, but small, gas discoveries in the northwest of the Saudi Arabia far outside the oil-rich Eastern Province.

Near the Midyan gas field appraised by Saudi Aramco last year, Sidre and a couple of other gas bearing structures in the same region were identified.

They are not giant fields, but they contain enough conventional gas resources which can be used for power generation.

In addition this transfer of feedstock will contribute to reduce the Saudi Arabia carbon footprint per each produced kW out of gas instead of oil, especially during the summer peak of electrical consumption. 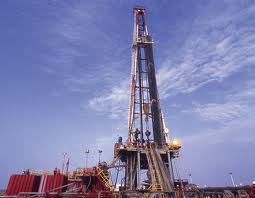 In that respect the onshore Midyan non-associated gas field should be able to produce for 20 years:

Therefore Midyan should contribute to replace liquid fuel burning, which has become a critical concern with run-away Saudi domestic electrical consumption expected to more than double by 2030.

Wood Group Mustang (Mustang) has been awarded a front-end engineering and design (FEED) contract by Saudi Aramco for work on the Midyan gas processing plant in Tabuk Province. 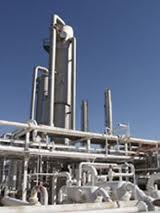 Mustang will design the:

In a new practice for Saudi Arabia, the facilities will be skid-mounted, allowing faster construction and commissioning on site.

This design also facilitate the transportation to other gas fields after production from Midyan is completed.

This FEED is actually well enough in progress to expect the call for tender on the EPC contract to be issued on third quarter 2012.

The EPC contract will be placed on Lump Sum Turn Key (LSTK) basis  by the end of 2012.

With Mustang completing the FEED soon, Saudi Aramco expects the onshore Midyan  non-associated gas field development to be completed and run into operation in 2015.