Daelim in the lead for KNPC Mina Al-Ahmadi FCC EPC

With this first package to be awarded soon, KNPC confirms its intention to move ahead with its $18 billion capital expenditure Clean Fuels Project (CFP) project.

The Kuwait refineries are very old and suffered from severe damages during the Iraqi invasion in the 1990s.

In addition the current output of these refineries is no longer in line with the domestic demand and the Kuwait export strategy.

Since the years 2000s, KNPC is working on the Clean Fuels Project (CFP) to revamp, upgrade and expand the refineries in Kuwait.

The CFP project involves the three refineries currently in operations in Kuwait:

The purpose of the CFP project is to:

– Concentrate and increase refining capacities on Mina Al-Ahmadi and Mina Abdullah from current 736,000 barrels per day (b/d) to 800,000 b/d.

– Improve the operating performances and the energy efficiency of the refineries

– Close the Shuaiba refinery too costly to revamp.

With this scope of work, the CFP project entered the active bidding phase since the state-owned oil refiner KNPC selected Foster Wheeler for the project management consultancy (PMC) contract in December 2012.

– Revamping and upgrade of the Mina Al-Ahmadi refinery

– Revamping, upgrade and expansion at the Mina Abdullah refinery, plus the dismantling of the Shuaiba refinery

These three packages are at bidding stage since April 28th when KNPC opened the call for tenders (CFT) in providing the bidding documents.

At the end of the qualification process of the engineering companies invited to participate to the CFP project call for tender, KNPC selected seven consortium let by: 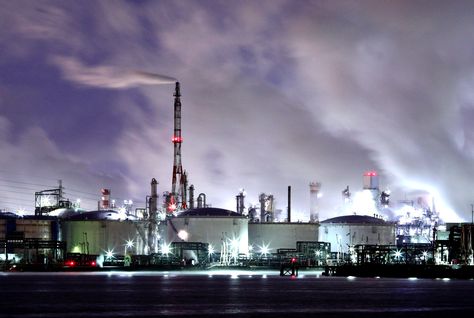 In order to receive techncial and commercial bids as consistent as possible at first time, KNPC is planning site visits and pre-tender meetings with the contenders until July 2013.

All the clarifications inquiries must be submitted by the bidders to KNPC and Foster Wheeler before August 4th.

These pre-qualified consortium will be allowed to quote only one or two packages among the three.

With the support of Foster Wheeler providing PMC services, KNPC set November 10th 2012 as the deadline for the submission of the technical and commercial offers for this Clean Fuels Project (CFP) packages in expecting the award on early 2014.