The demand for natural gas, the cleanest burning fossil fuel, remains high in Asia and other markets.

LNG Canada would deliver a project that offers a new source of LNG to global markets, while providing benefits to Canada, British Columbia and its coastal region.

While based in Kitimat because of the ice-free sea water access for the LNG carriers, LNG Canada project must not be mixed up with Kitimat LNG.

The LNG Canada project brings together the four companies’ extensive development experience, technical depth, financial strength and access to markets required to be the leading LNG developer in Canada.

LNG Canada would connect the abundant supply of Canadian natural gas to growing markets around the world.

This also begins the formal consultation process with First Nations and local community residents regarding the project. 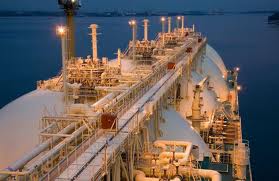 The proposed LNG Canada project would include the design, construction and operation of a

LNG Canada will initially consist of:

– An option to expand the project in the future.

Such a project can create thousands of jobs during construction and hundreds of full-time, permanent jobs during operations.

Such a significant energy project can also bring indirect economic development opportunities to the region.

Shell and LNG in brief 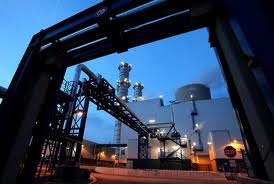 Shell is a global leader in LNG and helped pioneer the liquefied natural gas (LNG) sector, providing the technology for the world’s first commercial liquefaction plant in 1964.

Shell currently is a participant in eight operating LNG projects with 21 million t/y operational LNG capacity, in seven countries, with another ready for start up and three new projects under construction and 15 million t/y of LNG options.

Shell was a partner in the first-ever purpose built LNG carrier and has been delivering LNG safely for nearly half a century.

Today, Shell is one of the largest LNG vessel operators in the world, with interests in around a quarter of the LNG vessels in operation.

Shell has key positions in North America tight gas, including amongst others in the Montney shale development in Canada.

KOGAS and LNG in brief

KOGAS has also diversified into LNG swapping and trading, and LNG terminal construction, operations and management

Mitsubishi Corporation and LNG in brief

Since pioneering the first LNG import to Japan from Alaska in 1969, MC handles half of Japan’s LNG imports and has successfully built a portfolio of nine non-operated LNG export investments across Australia, Indonesia, Malaysia, Brunei, Oman and Russia, many in conjunction with Shell and is also currently developing an MC-operated LNG project in Indonesia.

PetroChina and LNG in brief

PetroChina Company Limited (PetroChina or CNPC) is the largest oil and gas producer and distributor, playing a dominant role in the oil and gas industry in China.

It is not only one of the companies with the biggest sales revenue in China, but also one of the largest oil companies in the world.

PetroChina officially launched three LNG projects in June 2004, two of which are expected to start operations in the first half of 2011.

Shell, KOGAS, Mitsubishi and Petrochina will make the decision to move this project into development after conducting necessary feasibility study with a date of completion expected for start up around 2020, depending on regulatory approvals and final investment decision.