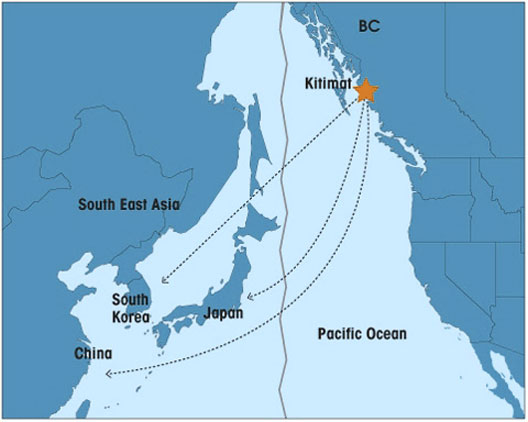 It took a decisive step forward in 2010 when Apache purchased a majority interest in the proposed project.

KM LNG is the operator. 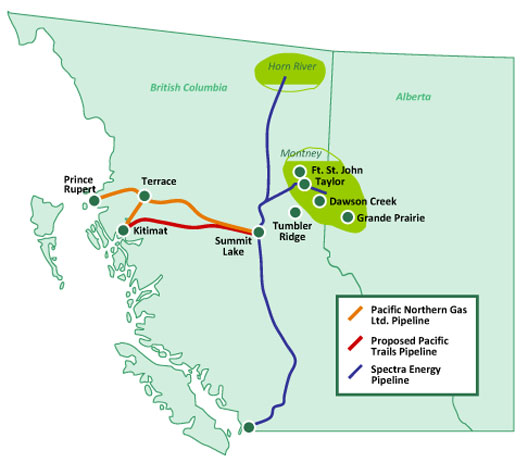 The facility is planned to be built on Haisla First Nations land.

– Pipeline of approximately 14 kilometres from the Pacific Trail Pipelines

Pacific Northern Gas Ltd. (PNG) will operate and maintain the planned pipeline under a seven-year agreement with Apache, EOG and Encana, with provisions for five-year renewals.

Apache, EOG and Encana have also agreed to 20-year transportation service arrangements requiring them to use a portion of PNG’s current pipeline capacity.

The proximity of Kitimat LNG to the existing natural gas transmission infrastructure is one of the advantages of this project and ensures supply is readily accessible to the facility. 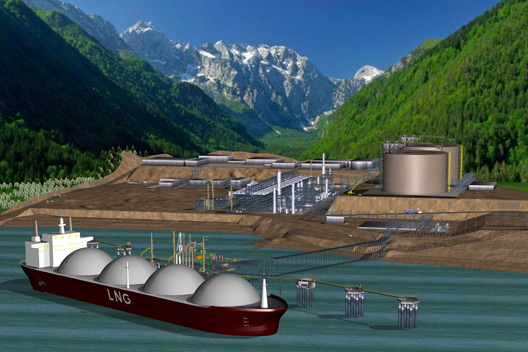 When concluded, the Kitimat LNG partners will make a final investment decision on whether to proceed with the project.

Main construction is expected to commence following that decision.

The FEED  will explore the feasibility study and timing of constructing a second LNG train.

Kitimat LNG is committed to high environmental and safety standards in all of our operations and to maximizing the benefits and minimizing the impact of the project on the environment.

Measures to minimize environmental footprint include:

Apache Canada Ltd., a subsidiary of Apache Corporation is one of Canada’s top oil and gas producers with operations in Alberta, British Columbia and Saskatchewan, Canada.

Apache Corporation is an oil and gas exploration and production company with operations in the USA, Egypt, the UK North Sea, Australia and Argentina, in addition to Canada.

EOG Resources Canada Inc. is a wholly owned subsidiary of EOG Resources, Inc. , one of the largest independent (non-integrated) oil and gas companies in the USA with proved reserves in the USA, Canada, Trinidad, the UK and China.

Encana is a leading North American natural gas producer that is focused on growing its strong portfolio of natural gas resource plays in key basins from northeast British Columbia to east Texas and Louisiana.

LNG Trading and marketing discussions are under way with potential Asia-Pacific LNG customers.

Apache, EOG and Encana expect to the LNG Kitimat project completion to begin initial shipments of LNG in 2015.