The Karbala Refinery project is part of the Iraq Government to invest between $24 and $27 billion capital expenditure in building up refining capacities in Iraq in order to meet the surging demand for transportation fuels.

In this context, the Iraq Government is planning to double capacity with four greenfield refineries to add 740,000 b/d through:

In parallel to these greenfield projects, Iraq is also investing to revamp and expand existing refineries.

The Kurdish Kar Group (Kar) is operating the largest Kurdistan refinery in Kalak to supply 75% of the local market.

In Kurdistan the local Qaiwan Group has taken over the Baziyan Refinery in 2009.

Located close to Suleimaniya, Ventech is currently working on this small refinery to increase capacity to 34,000 b/d.

In 2009 the French engineering company Technip has been awarded the front end engineering and design (FEED) of the Karbala refinery.

Located in the center of Iraq, approximately 100 kilometers southwest of Baghdad, the Karbala Refinery project was designed with 200,000 b/d as to supply a fuel-fired power plant nearby in addition to production of transportation fuels.

Technip completed this FEED work in on the Karbala Refinery project 2010.

But in the meantime, the high prices of the crude oil, the evolution of the gas prices and all the efforts to gather and monetize the flared gas ended up to question the construction of 450 MW fuel-fired power plant and to convert it into gas-fired power plant.

This Karbala power plant is due to supply the Karbala Refinery and also to be connected to the national grid as an electrical power utility. 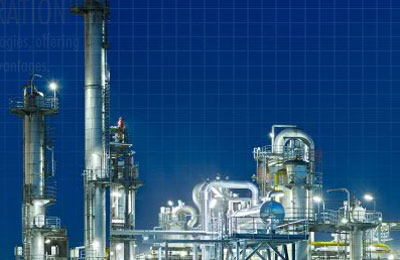 In 2011, a consortium of Eni, Saipem and investors from Dubai in the United Arab Emirates proposed a $6.5 billion capital expenditure project under the name of the Refinery of Karbala Corporation (RKC).

To encourage the foreign investments in Iraq not only in the upstream sector, but also in the downstream industries, the Government gave the opportunity to propose projects based on the build – own – operate – transfer (BOOT) in respect with the Law 64 released in 2007.

Based on this BOOT concept, RKC signed a memorandum of understanding in July 2011 with the Iraq Government with six months validity.

Since then, the discussions made little progress.

In June 2013, SCOP selected Technip for the PMC contract of the Karbala Refinery based on the final design of 150,000 b/d capacity.

The PMC contract should cover two phases of the development of the Karbala Refinery project:

– Phase-1 to organize the call for tender and the bidding process until the selection of the contractor to be awarded the engineering, procurement and construction (EPC) contract of the refinery.

– Phase-2 to supervise and overall manage the good execution of the EPC contract by the awarded company.

In this configuration SCOP is considering to invest $4 billion capital expenditure with the support of Technip to start the construction of the Karbala Refinery project in 2014.