These projects are part of a series of eight LNG import terminal and regasification facilities currently under evaluation by the India Ministry of Petroleum and Natural Gas.

In order to support the development of the Indian economy with gas-fired power generation facilities and with methane feedstock for the petrochemical industry, the Indian Government is forecasting the domestic demand for natural gas to more than triple from actual 13.5 million tonnes in 2012 to estimated 48 million tonnes in 2017. 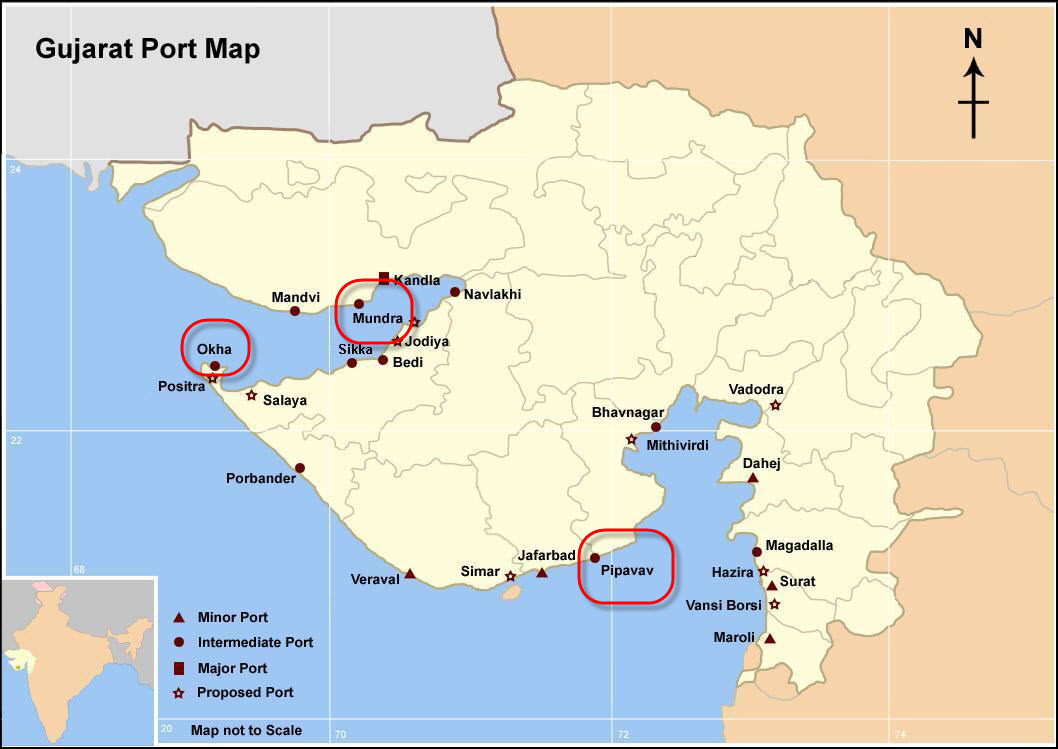 In this perspective, GSPC, in joint venture with Adani, is developing the Mumdra LNG Terminal and regasification facilities project in the north of the Gujarat State.

In a first phase the Mumdra LNG Terminal and regasification facility project should have a capacity of 5 million t/y of natural gas.

Then GSPC is intending to expand its Mundra LNG Terminal with three additional phases of 5 million t/y each.

In the Mundra LNG Terminal project, GSPC and Adani share working interests where GSPC holds the financial majority and is the operator while Adani stands as minority stakeholder.

GSPC awarded Tractebel Engineering, a GDF-Suez wholly owned subsidiary based in Belgium, to perform the feasibility study and the front end engineering and design (FEED).

According to this FEED, Mundra LNG phase 1 should have 5 million t/y regasification capacity and two LNG storage tanks of 160,000 cubic meter capacity each.

This FEED covered the future expansion of the Mumdra LNG Terminal by phase of 5 million t/y additional capacity each with the corresponding storage tanks.

Tractebel Engineering completed the FEED work in 2012, so that GSPC and Adani could appoint Whessoe Project (Whessoe) for the project management consultancy (PMC) contract.

Among its missions as PMC, Whessoe will provide GSPC and Adani with engineering and commercial support to handle the call for tender (CFT) for the engineering, procurement and construction (EPC) contract to be awarded in 2013. 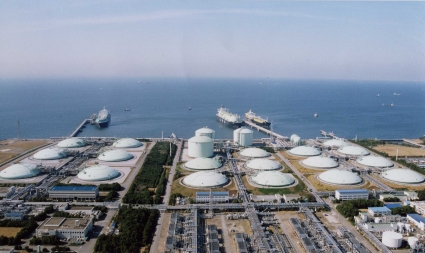 With this time frame, GSPC and Adani are scheduling the Mumdra LNG Terminal project start up for commercial operations in 2016.

In parallel, GSPC is working on other LNG Terminal and regasification facilities projects in Okha port in utmost western Gujarat and in Pipavav port, in southern Gujarat.

On the Okha LNG Terminal project GSPC is working with Larsen and Toubro (L&T) through a 50/50 joint venture.

The Okha LNG Terminal should have a 5 million t/y capacity and should request $750 million capital expenditure.

Regarding the Pipavav LNG Terminal project, GSPC is considering a capacity of between 2.5 and 5 million t/y LNG.

GSPC is looking for financial partner to form joint venture and develop the project.

On the other side of India, 25 kilometers north of Chennai along the south coast of the Indian Ocean in the Tamil Nadu State, Indian Oil Corporation (IOC) is working on the Ennore LNG Terminal and regasification facility project.

Foster Wheeler completed the FEED of the Ennore LNG Terminal project with 5 million t/y capacity that should be expanded to 10 million t/y in a second phase.

IOC estimates the first phase of the Ennore LNG Terminal to call for $ 810 million capital expenditure and is targeting commercial operations in 2016.

With the on going expansions of the existing LNG Terminals located on Dahej and Hazira operated by Petronet LNG and Shell, the new projects of LNG Terminal planned by GSPC, and Indian Oil in Mundra, Okha, Pipavav and Ennore should help to triple the volume of natural gas imported in India in 2017.