In the downstream of its refinery, GS Caltex is already using its naphtha feedstock to produce Polypropylene and Aromatics (Benzene, Toluene, Xylene) in its Yeosu petrochemical complex.

The actual facilities produce already 1.35 million t/y Paraxylene and makes GS Caltex one of the biggest producer in the Asia Pacific region.

In the MoU, the three companies agreed to cooperate in materializing the extension of 1 million t/y new PX project for capacity increase to 2.35 million t/y at the GS Caltex Yeosu Complex in South Korea.

By completion of this capacity increase, this plant becomes the world’s largest PX plant at a single site and one of the largest Aromatics facility in the world with 2.8 million t/y

PX is a basic raw material of polyester, which is used to make fibers and pet bottles.

The demand of PX is expected to further rise in Asia, especially in China and India.

The Royal Dutch/Shell Group ( Shell Group) operates energy related businesses in over 140 countries around the world, with headquarters in the UK and in the Netherlands.

Shell in Japan has a history of over a hundred years of serving the local needs of the Japanese community. 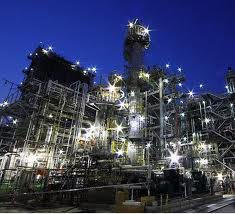 GS Caltex is the first private oil company in South Korea. Founded in 1967, it is responsible for 30% of petroleum production in Korea as well as exporting 50% of its capacity internationally.

GS Caltex is a joint venture between GS Holdings and Chevron.

In order to ensure the stable procurement of oil, a limited and invaluable natural resource, Taiyo Oil has actively been involved in the exploration and production of crude oil since the 1980s.

Presently, Taiyo Oil has stake in Angola Japan Oil Co. Ltd. and CIECO North Sea Limited, which, having found offshore oil fields in Angola and in the UK’s North Sea.