The Anadarko Petroleum Company (Anadarko) from USA and the national oil company (NOC) Eni from Italy are facing some delays in the implementation of the giant project for the liquefied natural gas (LNG) to be built at Afungi, in the northeastern province of Cabo Delgado in Mozambique.

Although Anadarko and Eni have different interests in Mozambique, since Anadarko is operating the Area-1 while Eni is leading the Area-4 of the Rovuma Basin. 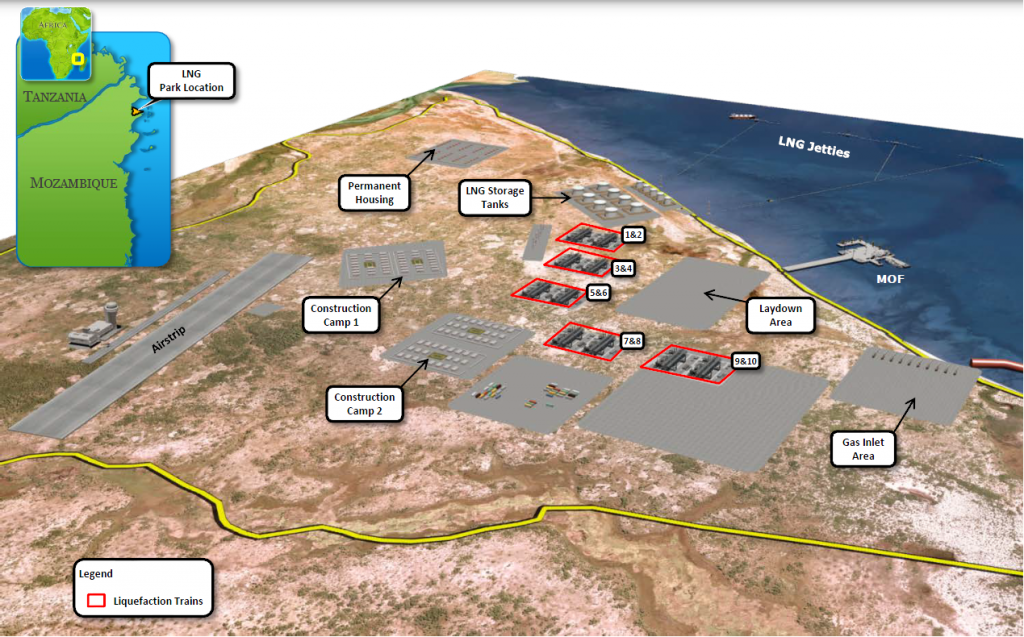 In their respective area, Anadarko and Eni are heading respectively complex joint ventures where the working interests are shared in:

In addition Eni is still looking for at least one other partner to join the team in the Area-4 in order to dilute its level of risk and possibly bring some LNG expertise with companies like Shell.

If the size of the onshore and offshore projects imposes to involve multiple partners, this fragmented structure does not help to make decision.

Then, the Mozambique Government imposed to both operators, Anadarko and Eni to join forces on the Onshore Mozambique LNG project in order to limit all impacts in Afungi and the Cabo Delgado Province.

For this Onshore Mozambique LNG project, KBR and Technip performed a pre-front end engineering and design (pre-FEED) to recommend Anadarko and Eni to build the jointly operated Afungi LNG Park along the coast of the Cabo Delgado Province.

From this conceptual study, the Afungi LNG Park should have the capacity to host up to ten LNG Trains.

With 5 million tonnes per year (t/y) capacity per LNG Train, Anadarko and Eni had in mind to phase the Onshore Mozambique LNG project in five folds of two LNG Train each.

This scenario would have allowed Anadarko, Eni and their respective partners to start up the first shipments from the Afungi LNG Park in 2018.

In this perspective Anadarko and Eni decided to organize competitive front end engineering and design (FEED) in order to short cut bidding and development lead time. 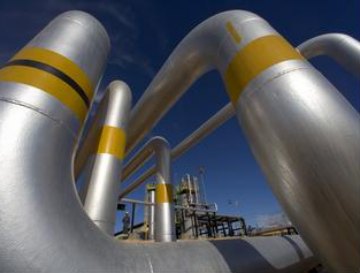 Currently three teams are in competition for this FEED:

The competitors are expected to return their best technical and commercial offer on first quarter 2014.

After evaluation, the winner of this competitive FEED will be given the engineering, procurement and construction (EPC) contract for the first two LNG Trains with the option for the second series of two LNG Trains.

Unfortunately the time given for the evaluation of the competitive FEED offers, will lead Anadarko, Eni and their respective partners to come for approval to Mozambique Government at the Presidential election period planned in September 2014.

In this context, it appears challenging for Anadarko, Eni and their respective partners to move Onshore Mozambique LNG project into EPC phase on time to start commercial operations in 2018, but more likely in 2019 or 2020.