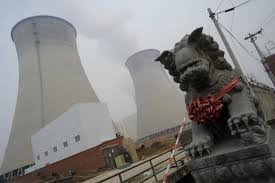 The company has registered capital of $6 million. Patents and proceeds obtained by the joint venture will be shared evenly.

The cooperation is also part of Sino-US joint efforts to develop clean energy, and gasification is a crucial component of that goal.

China and USA hold respectively the first and second biggest reserves of coal in the world.

Coal gasification is a process that converts coal from a solid to a gaseous form through catalysis.

The gasified products can be used as fuels, feedstock for chemical products and for power generation.

According to a UNESCO study in 2007, coal still supplies 70% of China’s energy.

These abundant coal resources can serve as the primary feedstock of industrial chemicals, such as industrial-scale production of natural gas, while the hydrogen obtained from gasification can be used to make ammonia or upgrade fossil fuels.

Many coal gasification facilities in China are fixed-bed gasifiers, which is an early-stage technique that converts the coal in a very unsustainable way through using large amounts of raw material and emitting carbon dioxide and waste water.

According to a circular published in April, during the 12th Five-Year Plan (2011-15), the country aims to save the equivalent of 1.71 million t/y of coal through such technology upgrades. 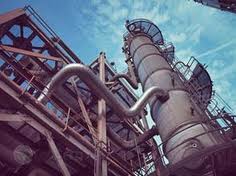 Production costs, Safety and intense carbon footprint were so far the three barriers to prevent the further massive use of coal in China as feedstock for power generation purpose, chemical industry or gasoline for transportation.

Since the oil prices remain steadily above $100 per barrel, and the gas around $20 per mmBTU in Asia, through the JCC contracts, the coal becomes a very competitive raw material.

At these levels, Oil & Gas leave even enough margin to develop these so called “cleaner coal” technologies.

On safety side, China made huge efforts all over the country to reduce casualties in the coal mines and Shenua has been the Safety flagship of the China Government to implement and share the good practices.

As a result, two major issues have been solved to help China to reduce its reliance on expensive Oil & Gas importation.

Therefore only the question of the carbon footprint subsists for using more coal.

GE Shenhua Gasification Technology Company is created to answer that question in reducing the CO² emissions along the coal transformation chain.

This joint venture will advance the development and deployment of “cleaner coal” technology solutions in China.

The coal gasification technology has become a critical tool in the expansion of the Chinese economy, allowing a wide variety of industrial products and fuels to be created from low-cost abundant coal resources.

With more than 50 licensed facilities in China, GE’s gasification technology is one of the most widely deployed in the industry.

Both GE and Shenhua have worked together for years in China on important projects, including the Shenhua Baotou coal-to-olefins facility, which uses GE’s gasification technology.

The collaboration between GE and Shenhua demonstrates increasing efforts in the USA and China on working together for cleaner energy solutions, with a focus on cleaner coal.

Shenua and coal gasification in brief

Shenhua is one of the world’s largest coal and energy companies, with integrated coal production, power generation, railway, port and shipping infrastructure.

Multiplying joint ventures with partners like Dow Chemical, Sasol and Shell, Shenua has built significant expertise in the development of coal-to-chemicals facilities and in the operation of coal gasification systems over a range of technology configurations.

Shenhua also has developed deep expertise in carbon utilization and management through Carbon Capture and Sequestration (CCS) research and development.

GE and coal gasification in brief 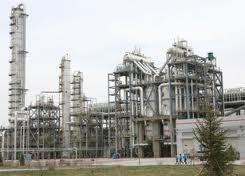 This means both sides will work together to generate new advanced coal gasification technology and business solutions, to better serve existing customers as well as explore new business opportunities

This collaboration will set GE and Shenua Market Leadership in coal gasification, the next step will be the development of the CCS technologies to move from “cleaner coal” to “clean coal“.