Gazprom prepared and implemented successfully the first shipment of liquefied natural gas (LNG) through the freezing Northern Sea Route (NSR) around the North Pole from Norway to Japan.

Leaving the Port of Hammersfet in Norway on November 9th, the Ob River LNG carrier reached the Port of Tobata in Japan on November 18th, taking only nine days sailing 6,000 miles through the Northern Sea Route. 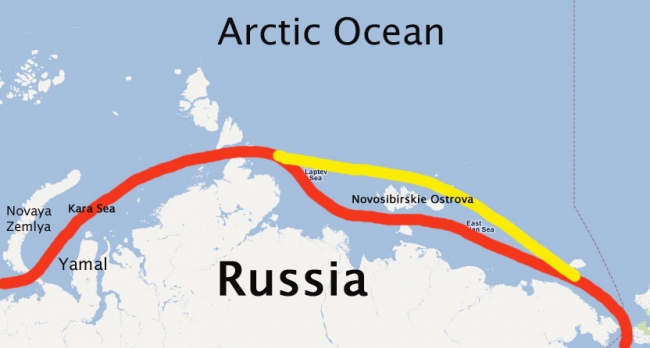 On October, Gazprom had performed a test run at no-load with an empty vessel connecting Japan to Europe.

From last summer measurements, the scientists had indicated that the Arctic Sea ice had reduced to the lowest ever level since measures are recorded reaching only 50% of what it was in average between 1979 and 2000. 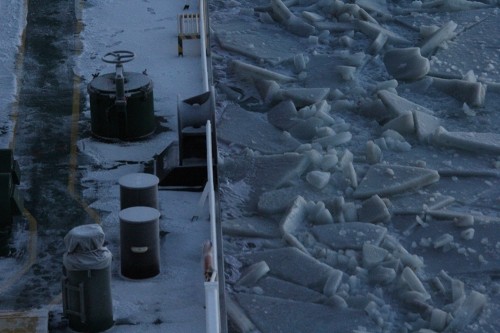 In these conditions Gazprom decided to organize this first shipment to Asia.

During the first part of the trip across the Barents Sea and the Kara Sea the water was opened but when the vessel reached the Vilkitski Sea and the Bearing Straight the ice took 30 centimeters thickness.

Together with highly skilled crew, Gazprom embarked on board a team of experts to perform research and development on the ice formation and the navigation in the icy environment of the Arctic seas.

Gazprom paves the way to LNG projects in Arctic

Compared to a conventional LNG shipment, this Northern Sea Route had number of extra costs in beginning with the LNG carrier itself, its escorts with ice breakers and continuing with its insurances bill and specific instrumentation to navigate in this region.

But in counterpart, the sailing time between Europe and Asia is reduced by 40% compared with Suez Canal or Panama Canal. 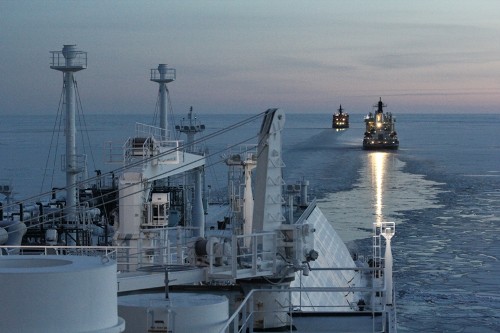 This trip along the northern coastline of Siberia is so much shorter that the savings on vessel chartering days, fuel consumption, evaporation losses of LNG and CO2 emissions make the Northern Sea Route highly attractive.

For Gazprom and Russia in General, the out come of this experience is to integrate in their strategic energy export plans the likelyhood to see Europe following USA with oversupply in natural gas.

USA, Middle East, North Africa, North Sea are building up production capacity for LNG export to Europe so that the only region to be still struggling with gas supply might be East Asia.

Russia is speeding up the development of its Eastern Gas System ending up with the Vladivostock LNG, but it will not come in production before 2018 while this Northern Sea Route is available from now.

In addition this experience gives credit to all the Arctic projects from Gazprom, Rosneft and Lukoil, in the Barents Sea and the Yamal Peninsula to find an economically viable export route to Asia in the case Europe would not need it anymore.