Based in Paris, France, the Institut Français du Pétrole et de Energies Nouvelles (IFP Energies Nouvelles) published on October 8th its last survey about the capital expenditure in the exploration and production and in refining.

Published every year this survey gives an overview of the main trends in term of: 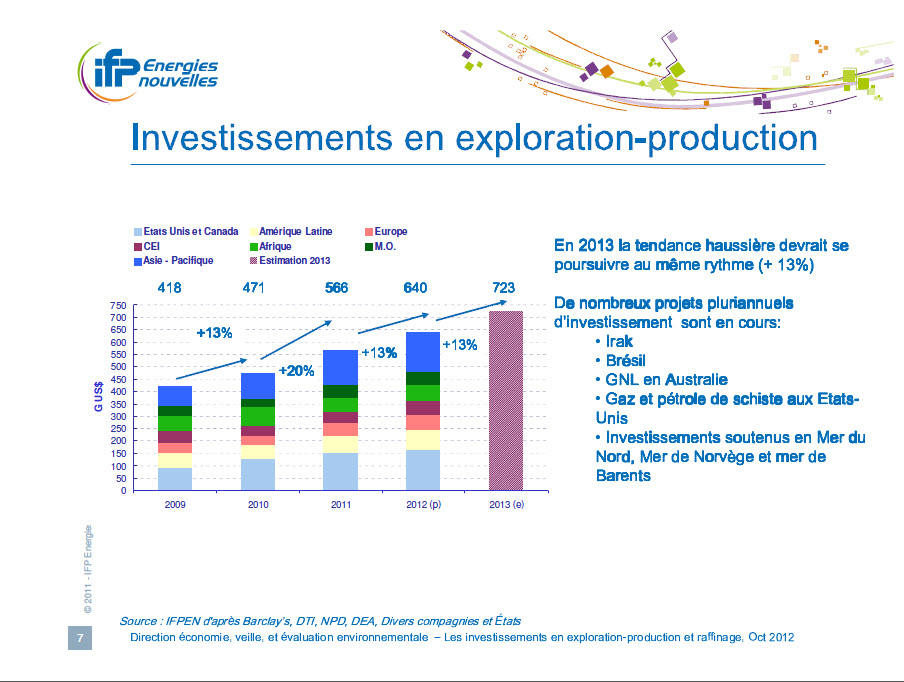 As a summary, the capital expenditure in the oil and gas ignores the global economy slowdown with 13% increase in  2012 over 2011 to reach $640 billion.

The growth forecast is about the same for 2013 so that for the first time, the capital expenditure should exceed $720 billion.

Before 2009, the investments in the oil and gas were increasing regularly by 10% per year, since then they accelerate under the impact of the barrel price to rate between 10 and 20% per year.

For the first time in 2012, this growth  reflects also a volume effect as so far the numbers were mostly bubbling due to material costs increase.

For once, Europe is leading the growth with 26% average due to: 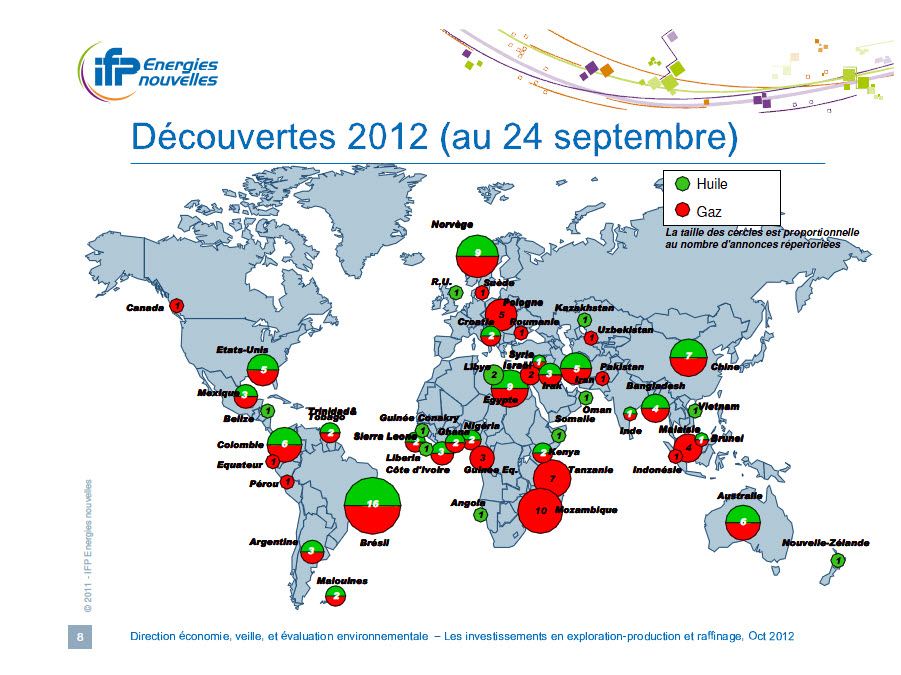 In the CEI countries, in beginning with Russia, all the companies benefit from tax break incentives schemes to explore all the areas from the Black Sea to Arctic and support the local economical development.

In opposite way, North America and Middle-East see a moderate evolution around 6%.

The rest of the world is also stable between 10% and 16% depending on the regions.

In 2012, the most important discoveries were made for:

For 2013, the trend should remain in line with 2012 with many projects following a long cycle of development across several years.

These investments will go mostly to the offshore exploration and production where:

– Drilling should increase by 14%

– Offshore construction should move on 15% basis

On the downstream side, refining is stable with around 70 billion capital expenditure ($68 billion in 2011, $69 in 2012 and $71 billion in 2013) mostly driven by large maintenance and upgrade operations. 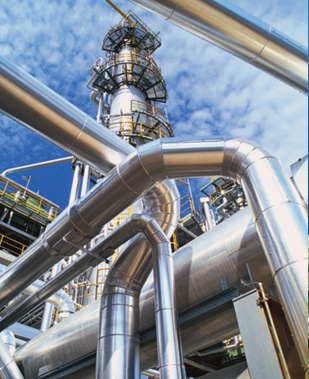 Most of the projects are concentrated in:

– Asia Pacific, where China concentrates 40% of the projects in the world

In opposite way, North America is reducing capacities because of the economical slowdown and the conversion to  natural gas as cheaper feedstock for the petrochemical industry as a result of the shale gas development.

Driven by the international oil companies, such as the majors ExxonMobil, Chevron, Shell, BP, Total, ConocoPhillips, or the national oil companies, such as Saudi Aramco, ADNOC, Petrochina, Sinopec, Statoil, the oil and  gas exploration and production follows long cycle of investments where the replacement of maturing fields and energy independence fuel sustainable capital expenditures.