The Canadian company EmberClear is currently evaluating sites along the Mississippi River to build the first gas-to-liquid (GTL) plant in this part of the USA.

Based in Calgary and listed in Toronto, EmberClear is looking for the most advanced technologies to convert cheap coal and gas into high added value energy such as electrical power or transportation fuels.

For the coal gasification technology EmberClear is partnering with Huaneng in China, the largest coal-fired power plants operator in the world.

Although coal is cheaper than ever in North America, EmberClear is working to convert power generation from coal to natural gas.

In that respect coal also appears as one on the most competitive feedstock to produce transportation fuels through coal-to-liquid (CTL) process.

But the  CTL process requires huge quantities of water not always available.

In this context the GTL concept is less demanding in term of water consumption and open more opportunities for projects.

For these reasons, EmberClear is investigating the best locations along the Mississippi River as it will benefit from the sufficient quantities of water from the local Authorities and it will stand close to the giant Marcellus basin to receive shale gas feedstock.

Running around Natchez City area, EmberClear is looking for an 800 acre site.

The city of Natchez is operating a 40 million gallon per day water treatment facility that could be used for the EmberClear GTL project.

Natchez existing infrastructures include also Port facilities to help the construction of the project in a first phase and export liquids in a second phase.

The railway system is also available.

From this location EmberClear will have the opportunity to gather gas supply from Oklahoma, Louisiana and of course Texas through the interstate gas Midla pipeline systems operated by American Midstream. 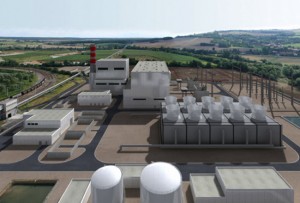 In February 2013, EmberClear completed the technical feasibility study of its Natchez GTL project and is now working on the commercial aspects of the project.

With shale gas prices to stand below $5 per mmbtu, EmberClear is confident to remain more competitive than any import crude oil prices, currently above $100 per barrel, as far as we can see.

In addition the diesel produced from the GTL process is cleaned from solid particles so that it exceeds the most demanding environmental requirements and regulations.

From the feasibility study, EmberClear is targeting the Natchez GTL plant to produce 14,000 barrels per day (b/d) of gasoline or 4,000 tons of methanol.

Depending on the final choice for the site around Natchez by 2014, EmberClear can expect its Mississippi GTL project to come on stream by 2019.