The US super major Chevron and its partners, Maersk Oil (Maersk) from Denmark, Repsol from Spain and Samson Offshore Company (Samson) from USA, may consider to move a step ahead with the development of the oil and gas field Buckskin in the US part of the Gulf of Mexico meanwhile  exploration should continue in the neighboring oil and gas field Moccasin.

Located in the Blocks 785, 872 and 736 of the Keathley Canyon approximately 350 kilometers south of Louisiana Gulf of Mexico coastline, the Buckskin and Moccasin oil fields were expected to be developed together. 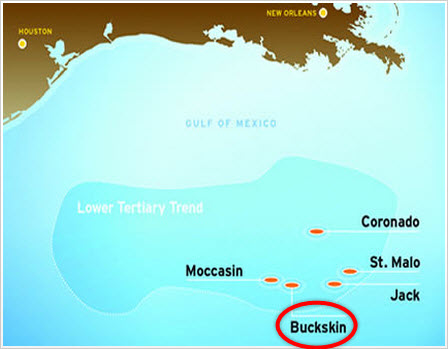 With these two discoveries, Chevron and its partners made the decision to initiate pre-front end engineering and design (pre-FEED) work with WorleyParsons in July 2013.

But in the meantime the exploration in Bockskin and Moccasin went in different ways.

In addition to the three years difference between both discoveries, the appraisal campaign went smoothly in Buckskin while Chevron and its partners were meeting some difficulties with Moccasin.

These different routes of development between Bucksin and Moccasin took importance on the second half 2013 as these field are owned by different joint ventures.

Since Repsol  discovery in 2008, Bucksin, Chevron took the operatorship role with working interests shared between:

In Moccasin, the different partners hold stakes such as:

In this context of multiple partners with different interests, the question came up if Buckskin and Moccasin should be developed jointly as originally planned.

WorleyParsons and Intecsea on Buckskin pre-FEED

Since July 2013, WorleyParsons and its subsea engineering company Intecsea have been working on the pre-FEED of the Buckskin and Moccasin development.

Intecsea is proceeding to the preliminary design of the deep water subsea system from the seabed to the topsides.

The topsides and the hull to support them are pre-designed by WorleyParsons. 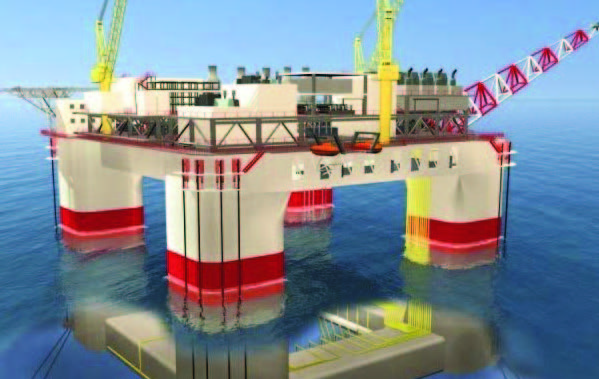 In the case Moccasin could not be tied-in Buckskin semi-sub offshore platform, Chevron is prospecting around alternative source of supply from marginal field in stand-by as not large enough to justify stand alone floating production units.

ExxonMobil and Statoil may offer these opportunities at the everyone benefit since all the corresponding fields could be developed without delay.

In this scenario, Chevron and its partners Maersk, Repsol and Samson, may decide to engage the front end engineering and design (FEED) work on Buckskin semi-submersible platform in the coming months of 2014 regardless the situation in Moccasin.