On February 2013, the German Wintershall oil and gas company has decided to follow Chevron example in taking shares in the subsea drilling innovative company Badger Explorer aside its key stakeholders ExxonMobil and Statoil. 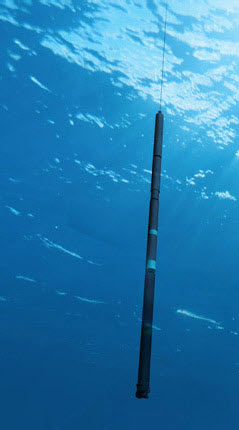 Based in Norway, Badger Explorer was established as a company in 2003 at the initiative of the International Research Institute of Stavanger (IRIS) to develop breaking through drilling and well technologies.

The driving concept, also called Badger Explorer, is to drill directly from the seabed without surface equipment to perform formation and reservoir evaluation.

With this solution, Badger Explorer shall be able to monitor the reservoirs continuously online without all the costs, complexity and risks of drilling conventional exploratory wells from a rig or a drilling ship.

Once installed by a vessel, Badger Explorer is burying itself in the seabed to drill down hole.

Badger Explorer is designed as a drill bit:

– Powered by only 10 kW electrical motor and gear

With this equipment Badger Explorer is able to 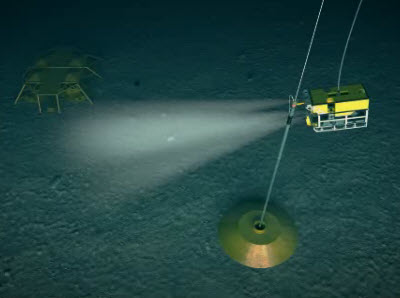 – Drill by itself with operations remote control

– Record data about formation and reservoir

– Drill at 2 meters per hour

The Badger Explorer development program has been articulated around three phases:

In May 2005, ExxonMobil, Shell and Statoil funded the Prototype Program which then has been completed in August 2012.

In January 2012, ExxonMobil and Statoil kicked off the Demonstrator Program in order to design the commercial version of Badger Explorer.

This Demonstrator Program is to planned to take three years to prepare the first commercial application to be implemented during the Field Pilot Program.

This Field Pilot Program is targeting to expose the Badger Explorer to a series of formation and reservoirs scaling up the technical and operations challenges.

In joining now, Chevron and Wintershall are going to:

Compared with using conventional drillship or rig, Badger Explorer should provide companies with 60 to 80% costs reduction.

Such figures indicate also that the companies partnering in Badger Explorer could perform many more discoveries for the same exploration and production budget.

In addition this technology would reduce risks and environmental impacts so that it should fit perfectly with Arctic and deep offshore conditions. 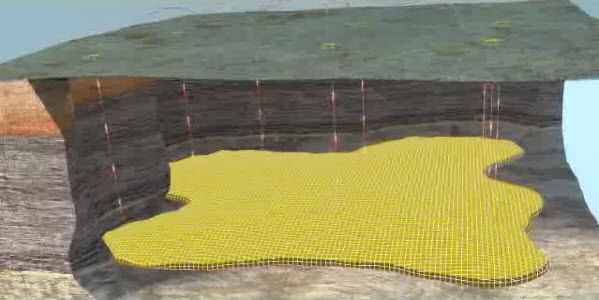 As a side application Badger Explorer may also be used to assess known but undeveloped oil and gas fields and therefore to speed up the reclassification of probable reserves into proven or recoverable reserves.

All along the exploration phases, Badger Explorer is saving costs and time so that the partnering companies  should be able to reduce the cycle time from first discovery to development to 3 or 4 years.

For all these reasons BASF‘s Wintershall and Chevron decided to join ExxonMobil and Statoil into Badger Explorer and to accelerate the implementation of its Demonstrator Program.