The UK super major BP and its partners, Royal Dutch Shell (Shell), ConocoPhillips and Chevron, are getting now a better picture of the giant Clair reservoir to the point to prepare Greater Clair as the third phase of development in the West Shetland waters of the UK.

Discovered in 1977, Clair had been left undeveloped more than 20 years because of the size and complexity of its reservoir. 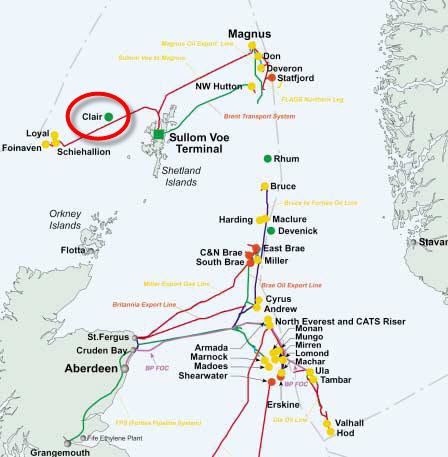 Located 75 kilometers west of the Shetland Islands in Scotland, Clair still lies in the shallow water of the UK Continental Shelf by only 140 water depth.

Although Clair was easy to reach, the fragmentation of the reservoir in multiple pockets brought up immediate challenges.

At that time the drilling technology, nearly exclusively vertical, was yielding poor results even though the in-place reserves were quickly estimated over 5 million barrels of crude oil.

Because of its size and complexity, Clair finalized to concentrate as stakeholders only major companies in the joint venture and  among them, the ones with the most advanced offshore exploration and production expertise.

– Shell 28% in including Enterprise Oil Ltd

With Clair Phase-1 in operation since 2005 and Clair Phase-2 (Clair Ridge) to start operation in 2016, BP and its partners Shell, ConocoPhillips and Chevron foresaw the Clair full field development to go beyond 2050.

In this perspective any further investment in Greater Clair for the third phase was requiring the partners to get a better understanding of this Clair field covering 220 square kilometers and with in-place reserves revised upward to 8 million barrels of crude oil.

In March 2013, BP and its partners had voted for a $500 million two-year appraisal program of the Clair oil and gas field. 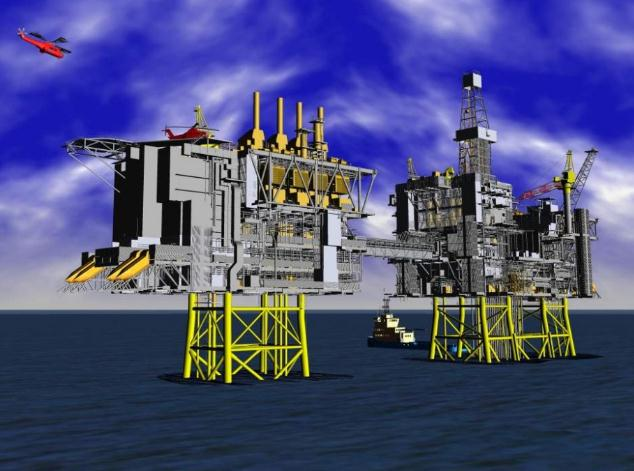 Considering that each phase of Clair field development is costing between $5 and $7 billion capital expenditure, the appraisal program is expected completed the experience accumulated from the first phases to help prioritizing where to invest in the field and optimizing the exploration – production concept for full field development.

In addition to the better understanding of the reservoir structure, the technology made significant progress enabling a more efficient exploration and a higher recovery rate from the in-place reserves.

On the exploration, BP and its partners count of the horizontal drilling technology to trace accurately the fragmented pockets of oil in the reservoir.

Then to boost the production, BP is planning to use its proprietary LoSal low salinity water injection process.

Discovered in Alaska in the Endicott field, where the sea water has a lower salinity, the principle of injecting low salinity water has proven to have a direct impact on the recovery rate of the crude oil reserves.

In this context and although Chevron put on hold its similar Rosebank project because of spiraling costs, BP and its partners, Shell, ConocoPhillips and Chevron intend to move forward with Greater Clair, the Clair Phase-3, as this basin concentrates 17% of the UK oil and gas fields reserves.