After refining, Bitumen is the more viscous, heaviest and thickest petroleum derivative.

Natural bitumen is an unconventional oil,  sticky, looking like tar and more viscous than molasses.

It must be heated or diluted to flow. 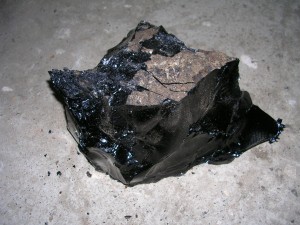 Bitumen may be easily diluted in carbon disulphide.

The hydrocarbons contained in the bitumen have very heavy molecules, heavier than pentane, and have a boiling point above 525°C.

Bitumen can be found in the nature such as in Alberta in Canada,  along the Orinoco Belt in Venezuela and in Oman.

This Bitumen is explored and developed to produced synthetic oil called syncrude.

In Canada the synthetic oil represents 28% of the oil production.

This production is consuming a lot of energy and is carbon intensive but the reserves of unconventional oil accumulated in the Canadian bitumen are bigger than the conventional reserves accumulated around the Persian Gulf.

This natural bitumen may also contain up to 5% of sulfur, heavy metals and other impurities which must be removed in refining. 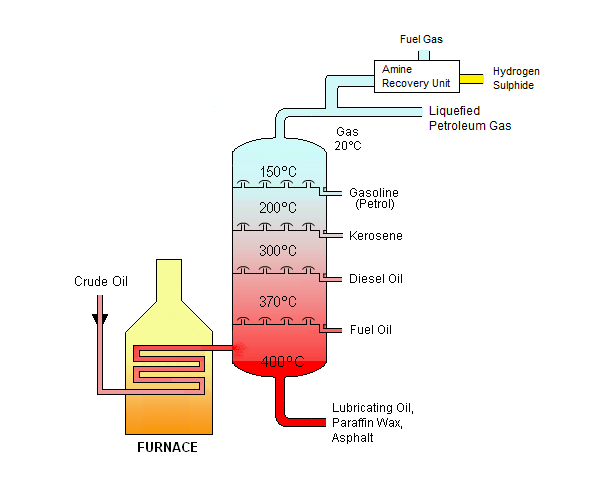 During the refining process, the light fractions, rich in napthenes, of this natural bitumen are separated by distillation to produce the naphtha, liquid petroleum gas (LPG) gasoline and diesel, while the heavy fractions, rich in asphaltenes, are collected for making asphalt.

The asphalt as a very similar looking as bitumen, so that in North America this asphalt is commonly called “Asphalt cement” or “refined bitumen” or shortly named “bitumen” as well.

But this bitumen residue in the asphalt does not mean that bitumen is a residue of asphalt, it is just the result of an uncompleted distillation of the bitumen itself.

Bitumen is used in many applications, such as road construction, roofing, infrastructures proofing, reservoirs and pool lining, adhesives, sealant and water proofing agent.