This decision is part of Air Liquide program to invest $1.3 billion in 10 years in Russia, either for acquisition either for new plants.

Air Liquide put a special attention on the Russian market at a critical period as most of the Russian industry adjust its business model to outsource the air separation activities.

As a consequence the industrial gases market is growing by 5% per year in Russia. 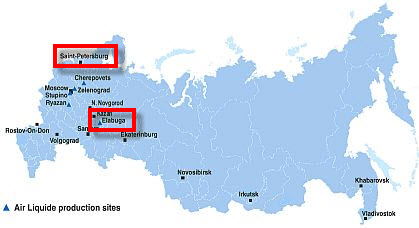 Tatarstan is the fifth largest region of the Federation of Russia with one of the highest industrial potential as the manufacturing sector represents more than 40% of the gross regional product.

Located in the Special Economic Zone of Alabuga in the Volga region in center Russia.

With this central position Air Liquide aims at covering the Volga region, Ural and beyond.

While investing in new capacities in center Russia, Air Liquide proceeds to acquisition in the western most important economical centers.

The North West Region is the second largest industrial region in Russia and leading the country for sectors highly consumers of industrial gases such as automotive and shipyards.

Concentrating 10% of the Russian inhabitants, this region is also the most important for the food and beverage, and medical sectors. 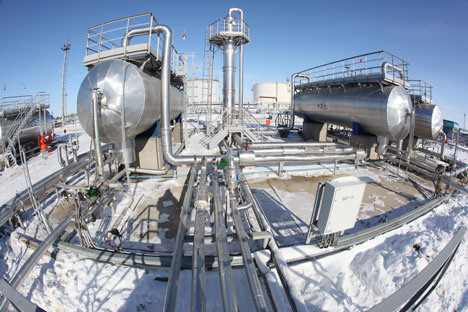 Based in Saint Petersburg, Lentchegas took a significant market leadership in the North West region in providing the industry with bulk and bottled industrial gases.

Air Liquide was already active in this region on its own with a cylinder production for packaged gases business.

With this acquisition in a strategic region, Air Liquide expands and balances its footprint across Russia.

In parallel to this operation with Lentchegas, Air Liquide is planning to invest $40 million in capital expenditure for a new production unit of 200 t/d for the separation of liquid oxygen and nitrogen.

With the oil and gas industry pulling the other industries such a steel for the infrastructures on the upstream side, Air Liquide is implementing a consistent market coverage geographically and by industry sector to consolidate its market leadership in Russia.