After making the final investment decision (FID) on the Athabasca Fort Hills oil sand project in joint venture with Suncor Energy (Suncor), the French major company Total and its partners Suncor, Occidental Petroleum (Oxy) and Inpex, are considering to revise upward the capacity of its Joslyn oil sand project in Alberta, Canada.

Both projects are very similar as they will use same bitumen mining techniques for the oil sand development and will require equivalent solutions to reduce the environmental impact.

In cancelling the Voyager upgrader where Total and Suncor were also sharing interests, both companies clarified their upstream strategy in Fort Hills and Joslyn oil sand projects. 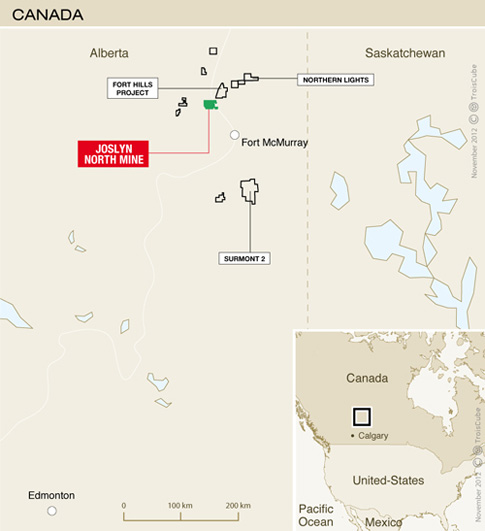 By comparison, Total submitted application for 100,000 b/d in Joslyn during 20 years.

Of course, project expansions are common practices, but in the case of such oil sand projects using mining process, the ore treatment as well as the environmental protection measures represent a significant fixed capital cost.

In front of these fixed costs, better to maximize production especially since Total is no longer limited by the size of the upgrader.

The last point that Total may have also considered in its decision to expand Joslyn project from start is related to the administrative hurdles to get  such oil sand mining projects approved.

Over the last years the regulations and local requirements have been spiraling up for this type of projects causing uncertainty on the final costs and time frame to run into operations.

This trend should not come down in the coming years when Total should have had to come back for a new application.

Total to re-work FEED on Joslyn North Mine Oil Sand

In parallel Total, involved in both projects, as well as the Surmont expansion project in joint venture with ConocoPhiliips, is well positioned to monitor the labor costs evolution in Alberta these last months with the number of  projects moving on again. 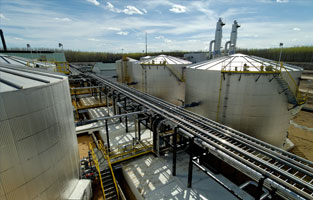 In Joslyn, Total is the operator with working interests being shared between:

If approved, the total investment may ramp up to $10 or $11 billion capital expenditure.

In this new configuration, Total and its partners, Suncor, Oxy and Inpex, will rework the front end engineering and design (FEED) of the Joslyn oil sand project in aiming at a final investment decision in 2015 for first production by 2020.