Named British tanker, this first export vessel was celebrating the successful development of the Umm Shaif field in the Trucial Coast by British team who came in as early as 1950 and drilled the first well in 1958.

Then in 1974, the Abu Dhabi Authorities were creating theAbu Dhabi National Oil Company (ADNOC) to manage the oil and gas assets in the Emirate.

Through the General Agreement on Participation, ADNOC took over 60% of the interests in ADMA and became the reference shareholder.

Few years later, in 1972, ADMA made the last step in becoming the operator of the joint venture and was renamed Abu Dhabi Marine Operating Company (ADMA-OPCO).

Today, the interests in ADMA-OPCO are shared between the partners such as: 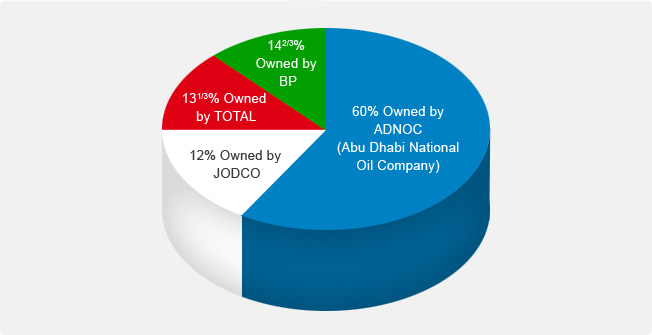 Since 1962, ADMA-OPCO main assets rely on the tow giant offshore oil and gas fields of Umm Shaif and Zakum.

These fields are producing crude oil for 50 years and still offer recoverable reserves for major developments.

Umm Shaif is located 150 kilometers offshore north from Abu Dhabi, but only 36  kilometers from Das Island to allow the crude oil to be exported from the production platforms to Das Island by pipeline for processing and shipment.

Zakum, or Lower Zakum, contains more oil and gas reserves than Umm Shaif, but saw the first well drilled in 1963, 63 kilometers from Abu Dhabi and 81 kilometers from Das Island.

Despite the longer distance, Zakum crude oil production is also exported to Das Island for treatment and shipping.

As national oil company, ADMA-OPCO does not publish revenues and earnings. 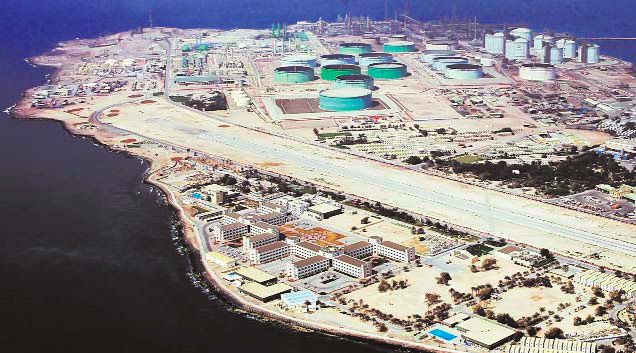 – 65 millioncf/d were consumed or flared

Within ADNOC, ADMA-OPCO stands on the front row as it represents more than 40% of the total crude oil production.

Therefore ADMA-OPCO is ADNOC spearhead to meet the quotas of production agreed with OPEC for 2017. 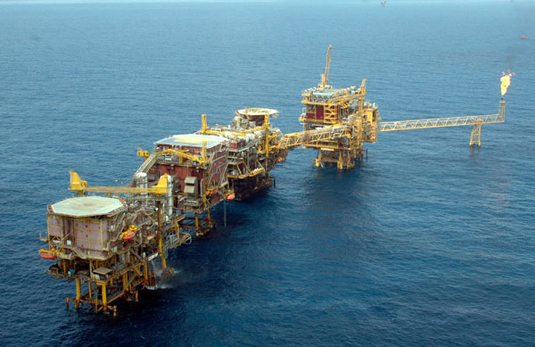 In order to control the crude oil market, the Gulf countries estimate to have to contribute by 40% to the global production.

For Abu Dhabi and ADNOC it means to increase the volume from the actual 1.1 million b/d to 1.75 million b/d.

Designed around four packages during the front end engineering and design (FEED) performed by Fluor, Technip implemented the FEED for the early production.

The corresponding engineering, procurement and construction (EPC) contracts should be awarded on the next weeks:

Then ADMA-OPCO is cautious about the environment as well as Abu Dhabi is running short of gas.

1 thought on “ADMA-OPCO in brief”