Each party would have a 33.3% stake in the plant, which would be built within SAAC’s complex.

This new  plant in Al Jubail Industrial City would have a capacity of 330,000 t/y of n-Butanol.

NBA is a replacement product for choline chloride and dimethyl formamide.

From the project feasibility study, the estimated capital expenditure is getting close to $500 million.

The plant will be operated by Saudi Acrylic Acid Co.

NBA production at the plant was expected for completion and start in the second half of 2014.

Because of the unusually large number of partners involved in the project, the process to qualify engineering companies and organize the tendering process took much longer time than expected.

The engineering, procurement and construction (EPC) contract will be awarded on a Lump Sum Turn Key (LSTK) basis which may have contributed to reduce the number of potential bidders.

Anyway the EPC bidding phase will be global between:

Decision should be made by the end of the year. 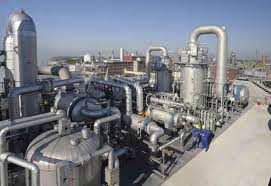 Saudi Kayan is an affiliate of SABIC with interests shared between:

The Saudi Kayan petrochemical complex is one of the largest in the world and is located in the Jubail Industrial City.

Saudi Kayan moved into commercial phase on 1 October 2011 and has commenced production of some specialized chemicals produced for the first time in Saudi Arabia.

These products include Ethanolamines (MEA, DEA & TEA), Ethoxylates, Phenol, Cumene and Polycarbonate which will provide wide web of opportunities for the downstream industries within the Kingdom.

The National Industrialization Company (TASNEE) was established in 1985, as the first joint-stock industrial company fully owned by the private sector. 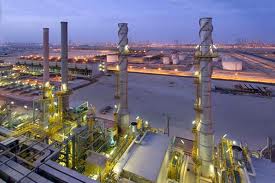 The company pursued the path of industrialization as one of the best options for diversification of the economic base and boosting of the overall growth in Saudi Arabia.

To build its Market Leadership, Tasnee’s strength is its wide experience and skilled-labor, state–of-the art technologies and products and innovative solutions.

SAAC was established in April 2009 as a limited liability joint venture company with interests shared between:

SAAC will also own and operate the U&O Facilities for the Integrated Acrylates Complex project to be completed by the first quarter of 2013.

SAAC main activities are to produce:

With no less than Saudi Kayan, Sabic, Saudi Aramco, Dow, Tasnee and Sahara being involved, the Al Jubail n-Butanol project will request major co-ordination efforts from the nominated EPC when awarded likely before the end of the year.