This Puerto la Cruz Refinery is located 250 kilometers east of Caracas on the north of the Orinoco Belt where lies one of the largest extra heavy crude oil reserves in the world.

With the so called Deep Conversion Project, PDVSA is working to revamp and upgrade the Puerto La Cruz refinery in order to increase its domestic capacity to treat heavy and extra heavy crude oil from the Orinoco Belt in the east of Venezuela.

Venezuela is producing more and more heavy crude oil, while its light crude reserves are maturing.

So far Venezuela did not invest in its refineries so that its actual refining capacities are still aligned on its previous conventional light crude production.

The Venezuela projects to revamp and upgrade its refineries are partly financed by loans from Japanese banks, Mitsubishi Corp. and Itochu Corp.

In compensation, Venezuela is shipping 2 million b/d of crude oil to Japan.

In June 2012, the Puerto la Cruz Expansion Project moved into the execution phase with the $2.993 billion contract being awarded to the Hyundai–Wison consortium for the engineering, procurement and construction (EPC) of the main package. 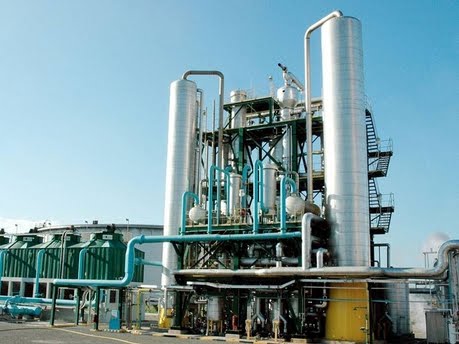 With this order, Hyundai and Wison are in charge of the:

– Revamping of the existing distillation units

With 135 million standard cubic feet per day (cf/d) capacities, these hydrogen reformers will be designed and engineered by Technip Claremount in California.

Technip is due to deliver its hydrogen reformers in 2014, so that Hyundai and Wison will be able to start up the Puerto La Cruz Refinery Expansion Project in 2016 for PDVSA.