South Sudan holds 75% of the oil reserves lying in the previously unified Sudan, but South Sudan needs to use Sudan refineries and pipelines to export it. 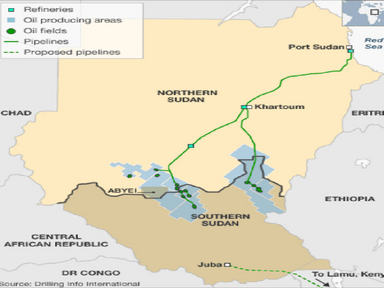 When created in created in July 2011 from the scission with the northern part of Sudan, the oil produced in South Sudan continued to be carried out to Port Sudan export terminal on the Red Sea through the north pipeline in Sudan.

The oil export represents 98% of Juba, the capital of South Sudan, revenues and is also vital for Sudan which used to benefit from these revenues until the South Sudan independence.

On second half 2011, the dispute about the transit fees between Sudan and South Sudan escalated until January 2012 when Sudan stopped the export of South Sudan oil through its north pipeline.

The situation kept deteriorating to the brink of war in April with South Sudanese troops occupying the oil city of Heglig.

In parallel South Sudan signed a Memorandum of Understanding (MOU) with the Republic of Kenya to build the $3 billion South Sudan oil export pipeline.

This South Sudan oil export pipeline project would link Juba directly to the Indian Ocean in Port of Lamu in Kenya instead of the Sudanese Red Sea. 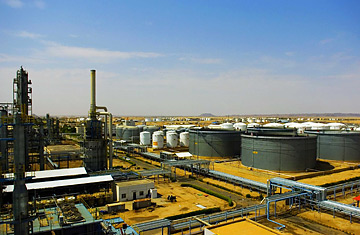 In addition, South Sudan is working on another potential routes for an oil export pipeline to Djibouti in passing through Ethiopia.

To perform first conceptual studies of this alternative, South Sudan signed a MOU with Ethiopia.

In this perspective the export pipeline projects through Ethiopia and Kenya are not only alternative routes to the Sudan north pipeline, but should also support the further oil reserves development with the help of International oil companies (IOCs)

In June 2012, Toyota Tsusho completed the feasibility study of the South Sudan Kenya oil export pipeline and is working on a new contract for the engineering, procurement and construction (EPC) with the South Sudan Government

The South Sudan to Kenya pipeline should be 2,000 kilometers long to Port Lamu and should require $3 billion capital expenditure.

In the meantime that these new projects of oil export pipelines through Kenya and Ethiopia get constructed and turn into commercial operations, the both countries Sudan and South Sudan need the oil revenues to sustain their respective economy.

After weeks of meetings in Addis Ababa, Ethiopia, Sudan and South Sudan managed to reach an agreement, last week. 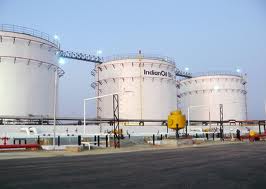 According to this three years agreement, South Sudan will pay:

– $8.40 per barrel for using the pipeline operated by the Greater Nile Petroleum Operating Company

– $6.50 per barrel for passing through the Petrodar pipeline, operated by a Chinese consortium.

In addition to this agreement, Sudan and South Sudan have set the milestones to resolve oil-rich territories disputes, such as the Abyei, Southern Kordofan and Blue Nile.

In respect with the oil dependence of the Sudan and South Sudan economies, any agreement is always much better than no agreement, in addition, all the signs given by the Government of Khartoum in Sudan and the Government of  Juba in South Sudan will favor capital expenditure from the international oil companies to further explore and develop new reserves and from other private investors such as Toyota Tsusho.