Sete Brasil Participacoes SA (Sete Brasil) secured $3.7 billion loan to finance the first series of nine drilling rigs out of its $20 billion capital expenditure program for the construction of 29 rigs required by Petroleo Brasileiro (Petrobras) to develop the pre-salt crude oil in the deep offshore Brazil.

Driven by Petrobras, Sete Brasil has been established as a separate company with seven stakeholders to finance, manage the design and construction these 29 pre-salt dedicated rigs.

Today the club of the happy few stakeholders in Sete Brasil has been enlarged so that it counts on: 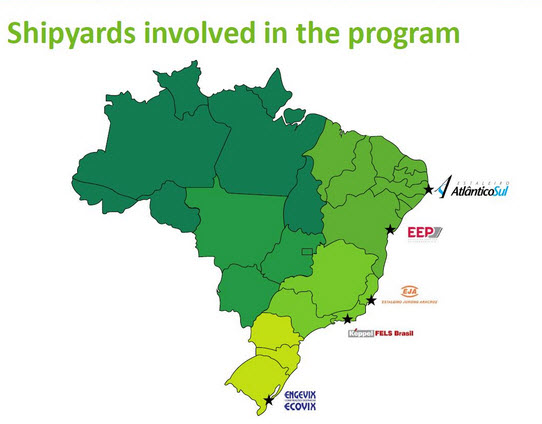 As Petrobras is struggling to finance its own development, it is reported to spin off its 15% working interests in Sete Brasil that should become an independent company.

The purpose of this $20 billion operation is to maximize the local content of this fleet of vessels in developing a world-class shipyard industry in Brazil.

In that respect the Brazilian Government defined a gradual percentage of local content depending on the year of production of these rigs such as:

From these 29 offshore drilling rigs, Petrobras and Sete Brasil have sceduled a tight time frame to be delivered according to: 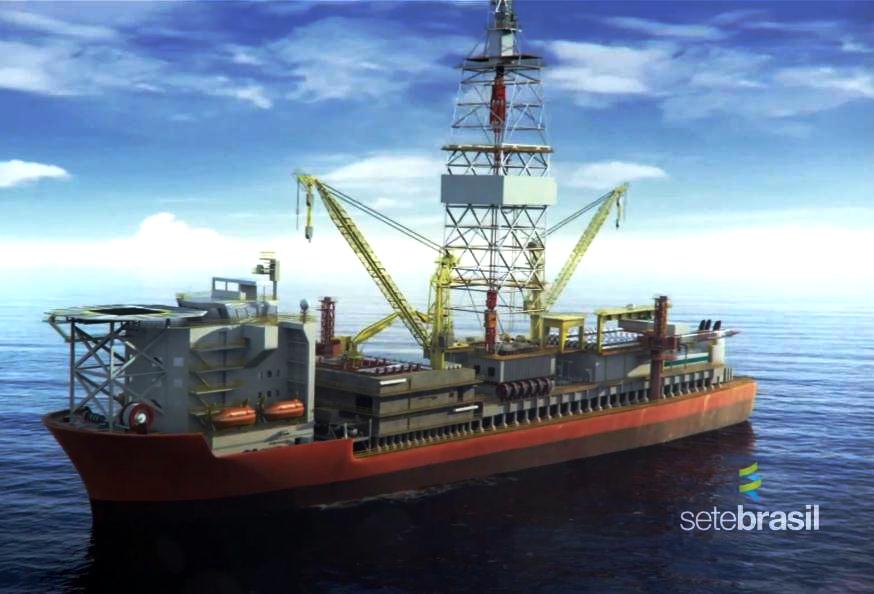 From these Sete Brasil 29 drilling rigs, 6 will stand as semi-submersible platforms and 23 designed as drillships

Each one of these vessels will cost between $600 million and $800 million calling for a total of $20 billion capital expenditure for the whole Sete Brasil drilling rigs program.

For the construction of these vessels, Sete Brasil selected five companies in 2012: 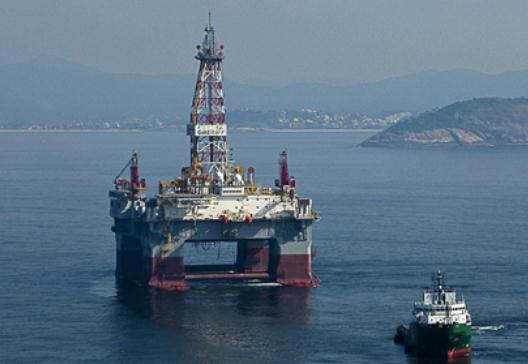 BrasFels is the local branch of the Singaporian Keppels shipyard, established in 2000 it has the responsibility to produce the semi-submersible drilling rigs of the Sete Brasil program.

EAS is headed by the Japanese shipyard IHI with first delivery of drillships in 2016.

EEP is led by another Japanese shipyard, Kawasaki Heavy Industries (KHI) with series of drillships to be completed from 2016 to 2020.

ERG made a deal with Mitusbishi Heavy Industries (MHI) also from Japan for the construction of three vessels expected from 2016.

Some of these shipyards are in good progress and should deliver their respective semi-submersible platforms or drillships to Sete Brasil on-time.

Two of them are still building their shipyards along the Brazilian coasts to execute their massive backlog, but Sete Brasil and Petrobras still remain confident that this $20 billion drillships program will be delivered on time in combining first production in Asia and completion in Brazil in respect with the local content rules.