Jizan Refinery to be shared between seven companies

Saudi Aramco made a decisive step forward in selecting the engineering companies to build the $7 billion Jizan refinery and terminal project.

To balance its economical development between its different provinces, Saudi Arabia through Saudi Aramco had selected the city of Jizan, also called Jazan, on the southern coast of the Red Sea to spend $27 billion capital expenditure to create a totally greenfield Jazan Economic City (JEC). 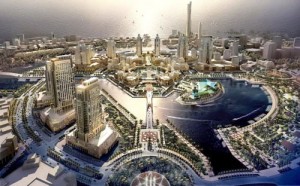 The master piece of this giant program is the Jizan Refinery project with its associated terminal and large electrical power plant.

This power plant should be handled separately from the Jizan Refinery project itself as Saudi Aramco intends to contract it on Build-Own-Operate-and-Transfer (BOOT) basis.

Saudi Aramco estimated the $7 billion capital expenditure for the Jizan refinery project based on:

– $1.4 billion for the port construction

In addition to these amounts and in a second phase the Jizan refinery will be expanded with an integrated aromatic petrochemical complex.

On the supply side, the Jizan Refinery shall accept Arabian Heavy crude as well as Arabian Medium crude oil in order to reflect the progressive shift of Saudi Aramco‘s production on the upstream.

On the output side, Saudi Aramco is targeting to produce:

– Benzene and paraxylene as feedstock for future petrochemical complex

Designed to accept Very Large Crude Carriers (VLCCs) , the deep water Port of Jizan will host the export terminal for the hydrocarbons products.

Benefiting from its happy few engineering companies qualified by Saudi Aramco for General Engineering Services Plus (GES+) contract, KBR performed and completed in April 2012 the FEED work for the Jizan refinery together with its local acquisition Abdulhadi and Al-Moaibed Consulting Engineering Co. (AMCDE),

Because of its status of (GES+) engineering services provider, KBR signed also the project management consultancy services contract to support Saudi Aramco on the engineering, procurement and construction (EPC) phase. 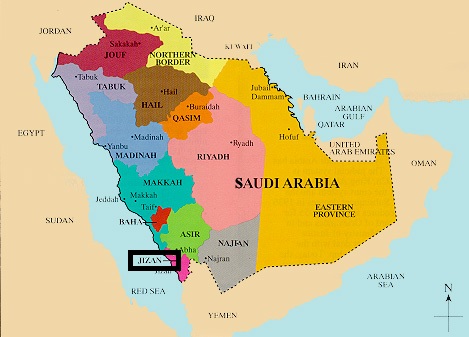 From the FEED performed by KBR, the Jazan Refinery project is designed in 11 main EPC packages to produce:

Saudi Aramco and KBR organized the calls for tender for the 11 main EPC packages for submission on September 15th, 2012 in qualifying fifteen engineering companies.

On October 21st, Saudi Aramco published the names of the companies to win one or several packages from the Jizan Refinery and associated terminal.

From the fifteen companies in competition, seven are reported to be the lowest bidders on their respective packages:

– Hanwha Engineering and Construction for the marine terminal

– Hitachi Plant Corporation for the offsites and utilities packages

– JGC Corporation for the naphtha and aromatics (benzene and paraxylene) units

– SK Engineering for the crude distillation and vacuum unit

– Tecnicas Reunidas for the hydrocracker and diesel hydrotreater packages

These companies are proceeding to the technical and commercial clarifications with Saudi Aramco and KBR for final approval in November 2012 in targeting the completion of the Jizan refinery and terminal by 2017.