Polyplex Corp. of India,  is the fourth largest producer of polyester film in the world. 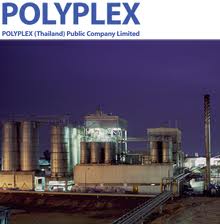 Polyplex and the Investment Support and Promotion Agency of Turkey (ISPAT) have jointly announced the decision for Polyplex to select Turkey to support its global expansion in to produce polyethylene terephthalate (PET).

The production plant to be built at Corlu in the northwestern province of Tekirdag will employ 250 people and is a part of Polyplex’s strategy to cooperate with its large scale industrial customers in Turkey and beyond.

The plant will have capacity to produce 600,000 t/y of polyethylene terephthalate (PET).

Some 70 to 80 percent of this capacity, reaching about  $1 billion revenues, will be destined to export markets like the USA, Russia and Europe.

Turkey appears as key location to serve both the Asian and European markets.

Polyplex is planning to begin the design and construction of the PET plant this year for completion by 2015.

The new PET facility will use local sourcing of purified terephthalic acid (PTA) as feedstock to start operations.

Therefore Polyplex is considering an additional capital expenditure of $500 million in the near future to produce this PTA as resin raw material for the PET facility.

Polyplex project will turn Turkey from importer into PET exporter.

Polyplex is the world’s 4th largest manufacturer of thin polyester film with it’s headquarter located in Noida, in the State of Uttar Pradesh, India.

The Company has three manufacturing facility – one located at Khatima, Distt. Udham Singh Nagar in the state of Uttarakhand, India, another at Rayong province in Thailand, and the latest facility at Çorlu, Tekirdag in Turkey.

For the last six months, the Polyplex PET project extends the list of chemical companies to invest in Turkey such as Dow Chemicals with Aksa Akrilik for $1 billion carbon fiber plant, Aditya Birla for $500 million viscose staple fiber plant in Adana, and Advanced with Bayegan for $1 billion PDH-PP plant.