Garraf or Gharraf is the fifth biggest oil field in Iraq with estimated 1 billion barrels reserves. 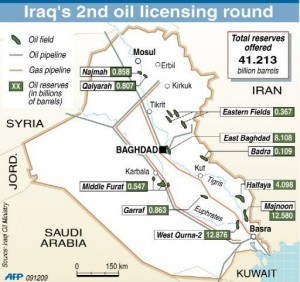 Garraf is located halfway between the southern cities of Karbala and Nasiriya in Thi Qar governorate  in the Southern of Iraq.

In 2009 Petronas, with its partners, successfully won the Garraf oilfield with an offer to the Oil Ministry of $1.49 per barrel remuneration fee and an eventual production target of 230,000 b/d.

The working interest are shared between the partners as following:

– Petronas from Malaysia 45%, is the operator

In October 2011, Petronas, as the operator of the Gharraf project, had awarded the oil central processing facility (CPF) to Weatherford International for an estimated amount  of $200 million capital expenditure

Lakeshore Toltest Corp will be a subcontractor to the project.Weatherford had performed the front end engineering and design (FEED) for this oil processing facility a year ago.

Earlier this year Weatherford had booked from Petronas a first order of $52 million in this upstream work to drill 11 new wells in Garraf.

Garraf has an eventual output target of 230,000 b/d, although the Petronas-Japex partnership may increase production beyond that level. 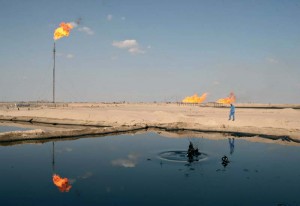 Petronas, Japex and South Oil Company expect Weatherford to have completed this upstream part of the Gharraf project in 2013.

In June 2012, Petronas sent call for tender to engineering companies and contractors to bid for an estimated $100m engineering, procurement and construction (EPC) contract to build the so called Garraf Light Oil Transport System (LOTS) 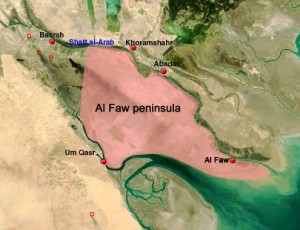 This transport system will be implemented in two phases.

On phase one Petronas pipeline will cater for oil from the central processing facility (CPF) currently under construction at the Badra field.

The Badra field is being developed by Russia’s Gazprom.

Petronas will build a 92km, 28-inch pipeline from the Gharraf-Badra tie-in area (GBTA) to a storage depot at Nassiriyah.

The crude will be stored there before being sent to the oil export terminal in construction in Al-Faw (Al-Fao) in Southern Iraq.

The second phase pipeline will cater for oil from the Yamama reservoir of the Gharraf field.

Petronas and its partners will call for tender later on this second phase as it is expected to come on stream in 2016/17.

Petronas will build a 13km pipeline from the Gharraf field CPF to the Gharraf-Badra tie-in area.

Since the upstream part of the Gharraf project is well in progress with Weatherford, Petronas, Japex and the South Oil Company expect the engineering companies and contractors to submit their technical and commercial bids for the midstream EPC contract by mid July 2012.