Actually Vietnam has just one major refinery, the $2.2 billion Dung Quat complex with a capacity of 130,500 b/d and is working on the $7.5 billion Nghi Son refinery.

In order to meet its domestic demand by 2020, Vietnam would need 600,000 b/d capacity  in respect with the actual consumption growing 6 to 8% per year in the period.

The Dung Quat refinery has contributed to reduce importations in Vietnam by 28.6%, but it covers only 35% of the domestic market needs still.

With the oil prices stabilizing around $100 per barrel, Vietnam‘s reliance on such amount of hydrocarbon products to be imported is compromising its development.

The country is Asia’s No. 2 importer of gasoline, taking an average 3.8 million t/y (2.5 million barrels a month), a third of Indonesia‘s imports.

In order to close this gap between the local consumption and massive energy import, Petrolimex is working on different projects including a:

– Refinery in the center of Vietnam

After Dung Quat refinery already in operation and the Nghi Son and Long Son refineries on the horizon, this greenfield Petrolimex refinery project would close the gap to meet the demand by 2020.

The pipeline would have initial annual capacity of 10 million tons (about 200,000 bpd) of gasoline, diesel and other products, close to Vietnam‘s total fuel imports for 2010.

The planned pipeline would link PetroChina‘s refinery in Qinzhou in Guangxi province bordering Vietnam with a Petrolimex storage facility in the northern province of Quang Ninh with capacity of 150,000 cubic meters

The pipeline in Vietnam would run over a distance of up to 225 km.

On the Vietnamese section, the pipeline would carry out 3.0 million to 3.5 million t/y of hydrocarbon products.

As a base for the discussions with PetroChina, the capital expenditure for this China to Vietnam pipeline is estimated by Petrolimex to $212 million.

This refinery should be located at Nam Van Phong in the central province of Khanh Hoa.

In this refinery and petrochemical complex, Petrolimex would like to keep a 60% of the working interests and share the remaining 40% to investors in order to open talks about the type of crude oil and technology.

Daelim signed a Memorandum Of Understanding (MOU) with Petrolimex for a feasibility study of the refinery and petrochemical complex.

This MOU covers the construction of the refining and petrochemical facilities, not their operations.

In addition Petrolimex and Daelim are in discussion about the opportunity for Daelim to hold some working interest in this project, but not decision has been made yet.

Actually Petrolimex is planning the project in two phases:

– Phase 2 would involve the petrochemical products for the remaining $1.8 billion

Regarding the time frame, Petrolimex had originally planned a completion by 2015, but this date is likely to be postponed to 2017.

In operations, Petrolimex is involved in 23 joint-stock company with capital governed by the Corporation and has three joint venture with foreign countries. 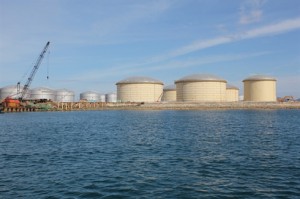 Petrolimex has branch office in Singapore.

Petrolimex imports 55% of the oil products that Vietnam purchases abroad and has a 55% share of the domestic oil products market.

As a key state enterprise, Petrolimex promote the role of key mainstream stabilization and development of oil and gas and petrochemical products to meet consumer needs of the people, serve the development of the country’s economic security and national defense.

Because of its national mission, Petrolimex is now moving forward in parallel with PetroChina to build an import pipeline and with Daelim on the feasibility study of the Nam Van Phong refinery and petrochemical complex in the central province of Khanh Hoa.