PetroChina to secure its oil supply chain  from Athabasca Fort McMurray to Kitimat, BC

Step by step the China National Petroleum Company (CNPC or PetroChina), is putting in place all the pieces of its upstream puzzle from Athabasca, Alberta oil sands fields to Kitimat, BC. 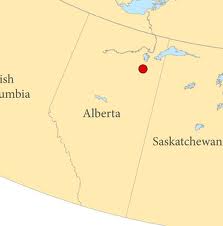 In January 2012, PetroChina completed the full acquisition of the MacKay River oil sands field from Athabasca Oil Sands Corporation in spending additional $680 million in capital expenditure for the remaining 40% of the field.

The MacKay River and Dover oil sands fields are located in the middle of the oil rich Athabasca in the northeast of Alberta. 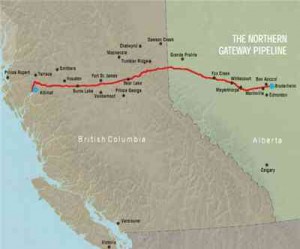 In parallel PetroChina is pushing hard to come back on the joint venture to take a stake of this Northern Gateway oil sand pipeline after having pulled out five years ago.

For PetroChina this Northern Gateway oil pipeline project is strategic as it should have a capacity to carry 550,000 b/d oil from northern Edmonton, Alberta to a marine export terminal to be built in Kitimat, BC.

In this context, PetroChina has decided to move ahead on the development of the Mackay River and Dover oil sands projects.

The MacKay River an Dover oil sands fields are located in the middle of the oil rich Athabasca in the northeast of Alberta. 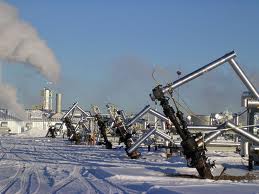 It should be developed in using steam assisted gravity drainage (SAGD) process as in situ oil recovery method.

The melting oil is then collected through a second pipeline and pumped up to the surface.

The MacKay River should produce 150,000 b/d of bitumen to be reached in phases.

At the phase one PetroChina is aiming at 35,000b/d bitumen.

The MacKay River project should include:

The Dover project will consist of:

– Associated infrastructure such as steam generation and distribution

In the contracts signed with PetroChina, WorleyParsons will provide for:

The engineering and procurement services contract on Mackay River should take 14 months while the pre-FEED on Dover should need eight months.

The construction of the MacKay River and Dover projects will begin on second half 2012  as PetroChina expects the completion of the project and operations to start up in 2014 with the support of WorleyParsons.