Novatek has huge reserves on the Gydan peninsula, namely the Geofizicheskoye and Utrenneye fields, which combined hold some 7 billion barrels of oil equivalent (boe) of C1+C2 reserves, which is comparable to those of South Tambeyskoye field, the base for Yamal-LNG.

The Geofizicheskoye and Utrenneye fields may generate for Novatek up to 30 billion cubic meter per year (bcm/y) of gas production.

Initiated in September 2014 as a second phase of the Yamal project, under the name of Yamal LNG-2, Novatek learnt from the first experience and decided to change concept for the second phase in preferring offshore gravity-based structures (GBS).
In doing so, Yamal LNG-2 has been renamed Arctic LNG-2, also found under its local name of Geofizicheskoye. 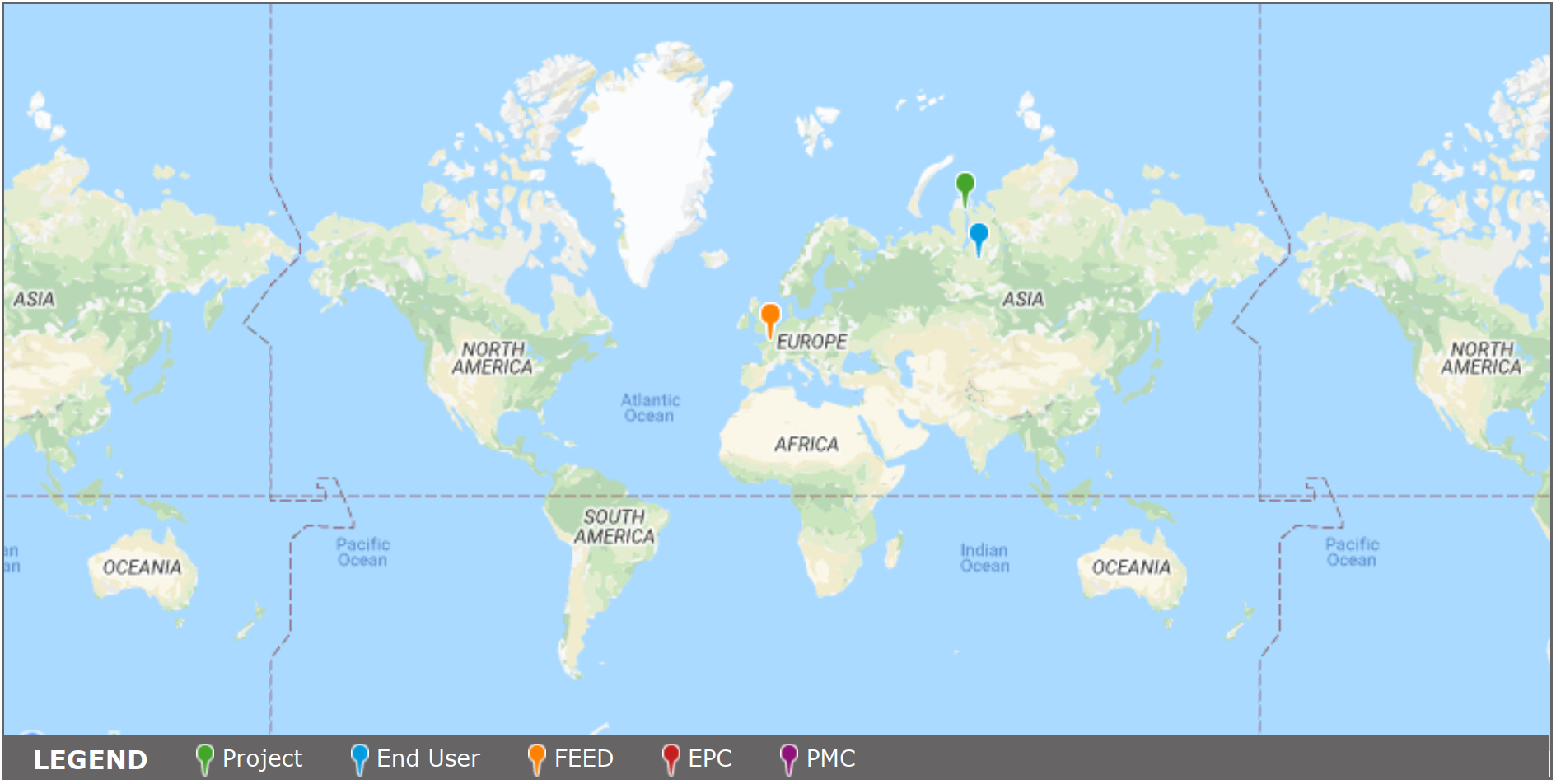 Novatek surrounds itself with the best

For this impressive $20 billion capital expenditure project, Novatek signed  in 2018 a framework agreement on strategic cooperation with the consortium TechnipFMC, Linde and Research and Design Institute for Gas Processing (NIPIGas) for the design of Arctic LNG-2 project.

Novatek also signed an agreement with Linde AG to purchase the license on natural gas liquefaction technology for the Arctic LNG 2 project.

In addition Saipem is expected to work as a subcontractor of the consortium to build the gravity-based platforms near the coast held in place on the seabed with ballast.

Arctic LNG-2 will be developed in three phases of 5.5 million tonnes per year (t/y) each with the following expected dates of completion:
– Phase-1: 2022
– Phase-2: 2023
– Phase-3: 2024
A part of the project is the building of a new plant in Murmansk which will produce equipment and modules for the remote gas instalations.

For its $2.5 billion contract, Saipem will work in consortium with Turkey-based Renaissance. This GBS will support the LNG trains to be built by TechnipFMC-Linde tandem.

For more information about Oil and Gas projects,
don’t forget to subscribe to our newsletter
and check our database www.projectsmartexplorer.com