Back in the days, Eni and Anadarko had decided to call for tender on the base of a competitive FEED in order to save time on the engineering, procurement and construction (EPC) phase of the project with already the target to ship first LNG to Asia in 2018.

In the first half of 2016, Eni discovered the giant Al-Zohr gas field offshore Egypt, Eni is reconsidering its priority of investment. In a context of declining gas prices and uncertainties regarding Mozambique local content regulation, Eni had decided to focus on Egypt project first, then floating LNG solutions with the Coral FLNG in Mozambique and thirdly in massive onshore LNG Trains solution as planned with Quionga Trains 1 & 2.

At the same time, Eni started discussions with ExxonMobil to farm out part or all its shares from the Area 4 and the Mamba LNG project, Eni received the engineering, procurement and construction (EPC) offers as the result of the competitive FEED from the three teams in line:

In addition Mozambique fragile financial situation is turning further down suddenly by the discovery of $1.4 billion debt which makes virtually the country in bankruptcy.

From Mamba to Rovuma

This agreement followed the acquisition by ExxonMobil of three offshore concessions in the south of the Area 4 operated by Eni. In this new context, it was likely the onshore LNG project to be redesigned in order to meet ExxonMobil requirements and accept further expansions.

In july 2018, ExxonMobil and its partners Eni, CNPC, ENH and Galp submitted officially their plan for the development of Mozambique LNG phase-1 project.
At this occasion the Mozambique LNG, also called Mamba LNG, project has been renamed Rovuma LNG project.
ExxonMobil would operate the onshore part of the project while Eni would keep the leading role in offshore operations.
In the onshore part the two LNG trains will have a capacity of 7.6 million tonnes per year (t/y) each giving a total capacity of 15 million t/y for the phase-1. In total ExxonMobil and Eni are expecting to ramp up the production capacity to 40 million t/y.

In the begining 2019, the two groups of engineering companies engaged in the competitive FEED submitted their commercial offer to ExxonMobil and its partners. These groups are:
– JGC with Fluor
– Chiyoda with CB&I and Saipem
Regarding the subsea package, the competition was running between:
– McDermott with Allseas
– Saipem with Subsea7

By July 2019, ExxonMobil received commercial offers for the EPC contract from the teams in competition on the FEED higher than expected. Therefore, ExxonMobil asked the contenders to review their prices and make proposals to reduce costs.

In October 2019, TechnipFMC joined the tandem JGC-Fluor to win the competitive FEED and consequently the EPC contract for the onshore LNG plant of the project.
In parallel, Saipem and Subsea 7 are reported to lead the $2 billion subsea package.

To get regular news about the Oil & Gas market, you can subscribe to our newsletter at this link

To know everything about the market, one solution: 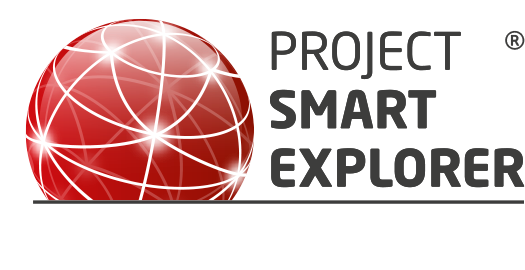 1 thought on “ExxonMobil and ENI in Mozambique Rovuma LNG”