The Saudi Arabian Mining Company (Maaden) made the final decision regarding the project management consultancy (PMC) contracts to be awarded for the $6 billion capital expenditure for the Phosphate City project.

Maaden is planning the Phosphate City project in the north of Saudi Arabia to debottleneck its Al khabra phosphate mines.

– The mining and processing facilities with their utilities and offsites

Located approximately 100 kilometers west of the actual Maaden Phosphate Company beneficiation complex, the mining and processing facilities of the Phosphate City project will be erected at Waal Al-Shamal in the Umm Wual area, some 40 kilometers northeast of Turaif in the Sirhan Turaif region. 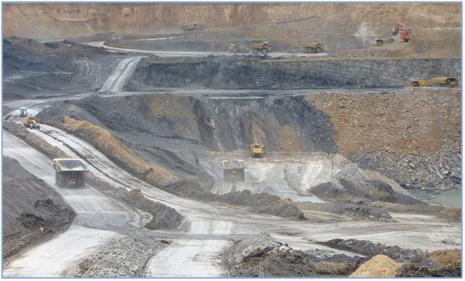 The downstream industries to produce fertilizers out of the phosphate and the ammonia will be installed in the Eastern Province and close to the port of Ras Al-Khair for export.

In April 2012, Jacobs Engineering (Jacobs) is awarded the front end engineering and design (FEED) contract for the mining package.

Bechtel is selected to design the downstream and the city.

In addition Maaden is on the point to award the Project management consultancy (PMC) contrac to Jacobs to supervise the two packages when the decision is stopped.

The complexity and the remote location of the project motivates Maaden to reconsider its decision.

In November 2012, Maaden awards two contracts for the PMC work to:

– Bechtel for the downstream industries and the City

The $4 billion mining and processing facilities package dedicated to Fluor and Jacobs for the PMC and FEED contracts covers the:

The Al Khara deposit contains very low percentage of metal, providing a phosphoric acid will be of the highest quality suitable for use in the food and feed industries in addition to the classical fertilizer market.

The phosphoric acid will be exported for the major part through the existing port, rail and infrastructure.

With the FEED and PMC contracts being awarded to Jacobs, Bechtel and Fluor for their respective package of the Phosphate City project, Maaden is planning to reach completion in 2016.