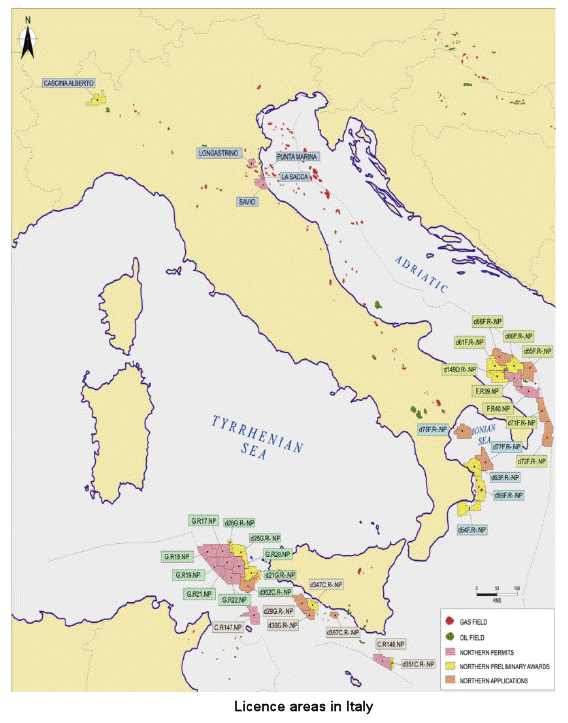 Soon after the Macondo incident, Italy proposed a moratorium that came into force in August 2010.

And, of course, the companies that were drilling, or had plans to drill, offshore Italy, had to put projects on ice.

This DL 128 had a major impact on the capital expenditure by both indigenous companies, like the ENIs, the Edisons and others, and international companies both large, like Shell, and smaller like Petroceltic or MOG.

One of Petroceltic’s key assets affected by DL 128 is the Elsa discovery in the Adriatic where Petroceltic is the operator with 55% interest.

The activity there remains suspended on account of the decree.

Elsa is estimated to contain some 100 million barrels of oil and 31.5 billion cubic feet of gas, so it is understandable that Petroceltic would like to get on with the job of extraction.

Mediterranean Oil & Gas (MOG) – a company with assets in Malta and France, but whose main activities are focused on Italy – also has a number of offshore projects in the country.

MOG’s key asset is the 100% interest owned Ombrina Mare oil and gas discovery that contains certified P1 and P2 oil reserves of 40 million barrels and gas reserves of 6.5 billion cubic feet subject to uncertainty in its development due to DL 128.

When Italy’s Decree No. 1/2012 (known as the Liberalization Decree), which covered a range of matters including energy policy, was finally published at the end of January, there was no mention at all relating to the development of offshore oil and gas fields in the country. 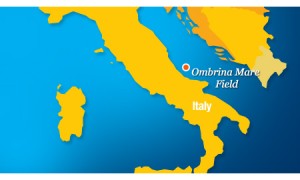 According to reports at the time, some industry sources believed this inaction was due to the Italian government giving in to pressure from the country’s environmental lobby in the wake of January’s accidental sinking of the Costa Concordia cruise liner.

Although having nothing to do with the offshore oil industry, the cruise liner’s sinking threatened a fuel spill and environmental disaster of its own, so bringing to the front of people’s minds the issue of oil slicks and environmental damage that would have made it difficult for any government to relax offshore drilling restrictions at that time.

On March 9, 2012, Mr Corrado Passera, the country’s Minister for Economic Development made a speech titled “A new energy strategy for Italy“, where he noted that Italy has “huge gas and oil reserves” and that an important part of these reserves “can be activated in a relatively short time” to potentially double the amount of energy consumption that is currently satisfied by the country’s own hydrocarbon reserves (around 10 percent).

Mr Passera went further estimating :”A decisive move in this direction could allow us to activate EUR 15 billion ($18 billion) in investments and 25,000 additional stable jobs, reduce our energy import bill by over EUR 6 billion per year (thus increasing GDP by nearly 0.5 percent) and gain EUR 2.5 billion in tax revenues on a national and local level,” he said.

“To do all this we must adjust our authorization and permit/regulations to international standards; they now involve an extremely long time for authorization, with many aspects that are much more restrictive compared to European standards.”

In parallel, Italian Prime Minister Mario Monti announced that the country needed to revive economic growth, rather than continue belt tightening that could cause the country to fall deeper into recession.

And the oil industry is a natural candidate to play a role in Italy‘s future growth, both in the near term and in the long run.

In addition these offshore oil and gas fields are located in the Adriatica sea and around the southern part of Italy where the local economy is suffering the most.

A  first series of projects representing $4.5 billion capital expenditure to be waived soon.

Lifting the DL 128 ban on offshore oil and gas exploration and production in Italy will provide a quick win for all involved companies, ENI, Edison, MOG, Petroceltic, Shell and others, but also for the local economy and the Italian  Government.