The national South Refinery Company (SRC) is currently qualifying the engineering companies and contractors interested to bid for the Basrah Refinery revamping and upgrade project in the south of Iraq.

This project is part of the Iraq national program to restore the refining capacities of the country after the two Gulf wars.

This program includes to revamp the refineries in Karbala, Kirkuk, Missan and to build a new refinery in Nassiriyah.

With a domestic demand for refined products of 600,000 barrels per day (b/d) increasing by 3% per year, the Iraq Government needs to resume capacity to pre-war levels at least. 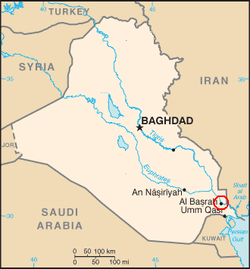 In addition Baghdad has realigned all the crude oil plateau productions with the foreign exploration companies so that all investments to develop the upstream sector should now secure the feedstock for the downstream activities.

Located only 55 kilometers from the Persian Gulf, the Basra refinery has a design capacity of 160,000 b/d.

But after the war damages, it was estimated to run at only 15% of its nominal capacity in 2009.

Therefore in 2011, the United State Trade and Development Agency (USTDA) provided Iraq with the founding to proceed to a feasibility study to restore capacity in the Basra refinery.

The Energy and Chemical Division from The Shaw Group was awarded this feasibility study contract.

In the meantime, The Shaw Group spin off this Energy and Chemical Division, ex Stone & Webster, to the french engineering company Technip, while the remaining part of The Shaw Group was taken over by CB&I.

On the same year, the operator, South Refinery Company selected the French cracker technology with an Axens catalytic licence.

Based on this licence, South Refinery Company is planning to add next to the existing refinery a residual fluid catalytic cracker (RFCC) of 30,000 b/d. 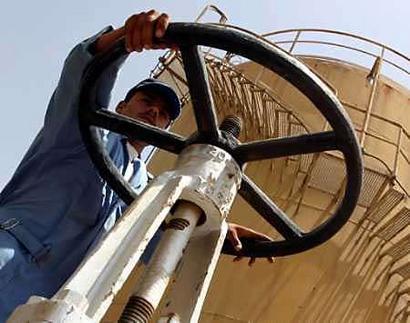 Through this revamping and upgrading project, Baghdad Government intends to increase the production of transportation fuels.

Then in 2013, SRC awarded the front end engineering and design (FEED) contract to APS Engineering.

Based in Roma, Italy, APS Engineering belongs to the Japanese engineering company JGC and brings to the group its experience in revamping and upgrading downstream industrial complexes.

APS completed the FEED work, giving the opportunity to South Refinery Company to move to the next step in qualifying the engineering companies and contractors for the engineering, procurement and construction (EPC) contract.

With the qualification being closed at the end of November, South Refinery Company is planning to call for tender the EPC contracts on the first quarter 2014.

Then South Refinery Company should award the EPC contract in September 2014 in order to run the Basra refinery into full capacity operations again in 2019.