During this London Road Show, the Ministry of Oil also detailed the phase-1 of the Strategic Crude Oil Export Pipeline Infrastructure Project to connect Basrah in southern Iraq to the Port of Aqaba on the Red Sea in Jordan. 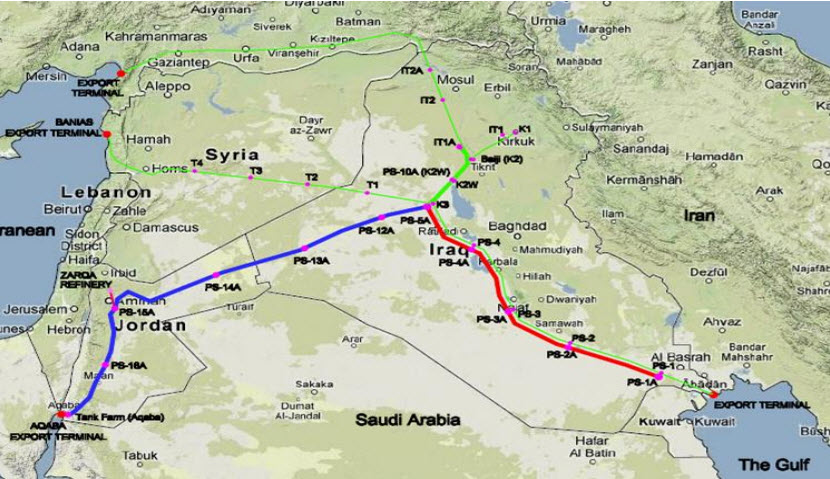 Estimated to require $18 billion capital expenditure, this first phase is strategic and urgent for Iraq to upgrade its infrastructures at the scale of the on going upstream projects licensed in the south of the country.

These giant projects involved international companies such as BP, Chevron, ExxonMobil, Lukoil, Shell, Total, and national oil companies such as Gazprom, Petronas, PetroChina who turn increasingly concerned to see their massive investments more and more depending on the sensitive Strait of Hormuz.

With the development of these on going projects in crude oil upstream, the Iraq Government is planning to ramp up the production from the current 3.4 million barrels per day (b/d) to 8 million b/d in 2018.

To support this expansion, the south route to export crude oil from Iraq through the Arabic-Persian Gulf is limited strategically and logistically to 5 million b/d capacity.

The north route through Turkey to Ceyhan is now 25 years old and runs only at 37% of its 1.6 million b/d nominal capacity, so around 0.6 million b/d, and needs to be replaced.

Among the three new routes to increase export infrastructures, the MoO had originally considered the Syrian solution opening direct access to the Mediterranean Sea.

But the lasting civil war in Syria has shelved this option for now.

The Turkish route is not so urgent as there is already the existing pipeline to Ceyhan.

In addition the discussions between Iraq and Turkey address an agenda already loaded by the Iraqi Kurdistan desire of autonomy and direct export projects also through Turkey.

In this context the Jordan route from Basrah to the Port of Aqaba moved on pole position as the phase-1 of the Strategic Crude Oil Export Pipeline Infrastructure Project.

SNC-Lavalin completed the feasibility study of the Jordan export pipeline project and is currently working on the front end engineering and design (FEED).

This Basrah to Aqaba pipeline project should comprise two sections: 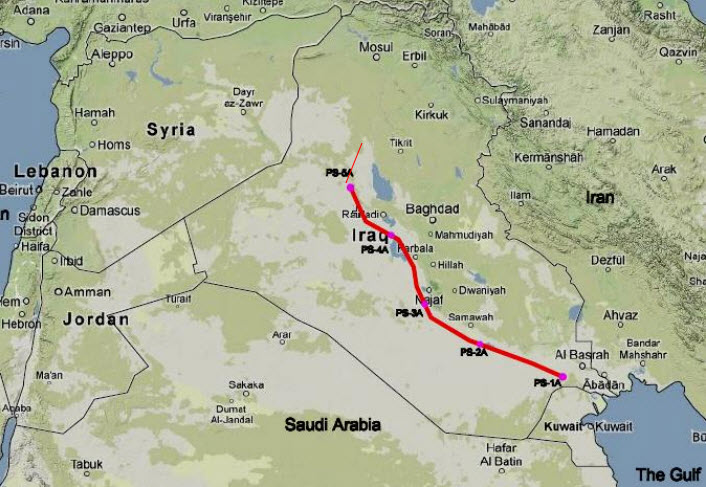 The Section-1 should have a capacity of 2.25 million b/d of crude oil along 680 kilometers between Basrah and Haditah.

In the K3 connecting point, the Section-1 of the pipeline will be divided to supply the three export routes to Jordan, Syria and Turkey.

The Section-2 is planned to have a capacity of 1 million b/d along the 1,000 kilometers crossing Jordan from Haditah to Port of Aqaba on the Red Sea.

The pumping station 15A will in addition supply a separate pipeline to the Zarqa Refinery in the northeast of Jordan.

In the Port of Aqaba the pipeline will feed a crude oil tank farm with vessels loading facilities.

Jordan pipeline project to be split into EPC and BOOT

Because of the cost of the Strategic Crude Oil Export Pipeline Infrastructure Project and its two sections located in different countries, the Iraq Ministry of Oil is intending to organize the call for tender with two separate contracts.

The Section-1 from Basrah PS1A to Haditah PS5A and K3 should be posted for bid under the form of conventional engineering, procurement and construction (EPC) contract based on SNC-Lavalin FEEDconclusions.

This EPC contract of the section-1 will include:

The Section-2 from Haditah K3 to Aqaba pumping station is planned to be awarded under a build, own, operate and transfer (BOOT) contract based on 20 years operational concession period. 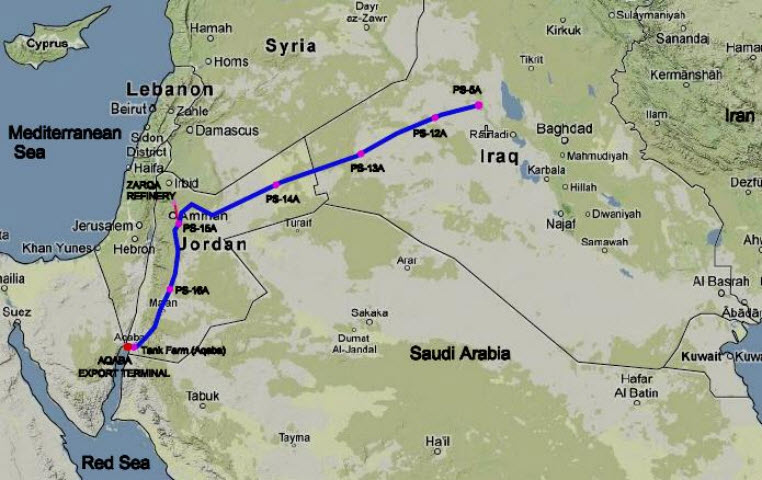 At the end of the BOOT concession period, the pipeline will be transferred to the Iraq Ministry of Oil.

The BOOT project shall include:

– Two main pumping stations, PS15A  near Zarqa Refinery in Jordan, one near Aqaba

The Ministry of Oil will establish a new entity called SPV to become the owner of the Section-2 at the end of the BOOT concession period allocated to the operator.

SCOP to award EPC and BOOT contracts in 2013

The national South Oil Company (SOC), the State Oil marketing Organization (SOMO) and the South Gas Company (SGC) will sign service contracts with the owner of the BOOT contract and operator of the section-2.

All the bidding process is handled by the State Company for Oil Projects (SCOP) with the support of SNC-Lavalin.

In January 2013, SCOP launched the qualification process in sending invitations for expression of interest (EOI)

In September 2013, SCOP will select the preferred bidders for the BOOT contract to be awarded in November 2013.

Then in a second phase, when the situation in Syria will have cooled down, the Iraq Government will proceed with an additional 1.25 million b/d export pipeline to Banias on the Mediterranean Sea.

Through this Jordan, Syria and Turkey export pipelines, Iraq is fulfilling its commitment to the 17 international companies such as BP , ExxonMobil, Gazprom, Petronas, PetroChina, Lukoil or Shell to secure their export in line with the crude oil production expected in 2018.