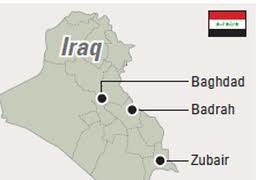 The Gazprom Neft (Gazprom) Badra oil field is located in the Wasit Province at the Southeast of Iraq.

The Badra oil field stakeholders are Gazprom, the operator with 30% share, then KOGAS with 22%, Petronas with 15%, TPAO with 7.5%

Technip had completed the FEED on first half 2011, so that the call for tender for the EPC contracts could be issued continuously since then.

In February 2012, Gazprom awarded Petrofac for the EPC contract, valued at $329 million, to build the first central oil gathering & treatment station including:

– Three oil treatment lines with a capacity of 60,000 barrels per day

– An oil metering station and other required equipment will also be constructed and installed within the project.

Each oil treatment line is taking approximately 18 months to construct.

The completion of the first line is scheduled to the second half of 2013, when oil production is expected to begin at the oil field.

Samsung Engineering in the lead for the Central Processing Facility 2

In 2012, Gazprom will continue to call for tenders for infrastructure construction projects at Badra oil field. 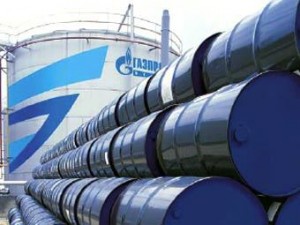 These call for tenders include selecting contractors to build a:

With a bid below $900 million Samsung Engineering is leading the competition to win the new  Central Processing Facility (CPF-2), ahead of Petrofac and Saipem.

– Gas treatment station with a capacity of 1.5 billion cm/y

By the second half of 2013, Gazprom expects to begin producing oil at Badra with daily production reaching the peak of 170,000 b/d by 2017 or approximately 8.5 million t/y of oil.

The Badra oil field development project is scheduled to run for 20 years with the possibility of extending it for a further 5 years.

Gazprom and its partners estimate capital expenditure in the Badra oil field project at $2 billion.