In 2010, the Italian Major IOC Eni had acquired Minsk Energy Resources to become operator of three licences in the Polish Baltic Basin, a highly prospective shale gas play located in the north-east of Poland.

In Poland ENI could deploy the expertise in shale gas field development accumulated through its joint venture in the Barnett Shale in Texas, USA, the first shale gas basin in the world to be developed on a large-scale.

Then in 2011,  ENI had reached an Agreement with Cadogan Petroleum plc to farm-in two exploration and development licenses located in the prolific Dniepr-Donetz basin, one of the most promising in Ukraine. 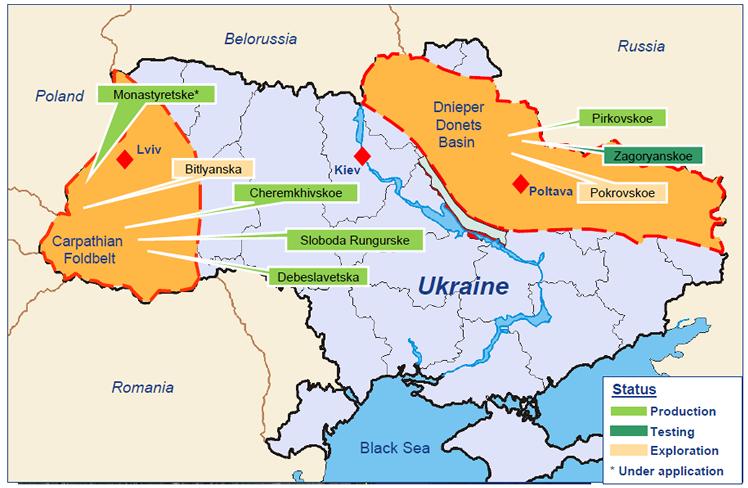 The Dnieper-Donets basin is the major oil and gas producing region of Ukraine accounting for approximately 90 per cent of Ukrainian production from over 120 oil and gas fields.

The Agreement enabled ENI to put a first step in the Ukrainian shale gas in acquiring:

– 60% interest in the Zagoryanska licence.

Through a working program in different phases of capital expenditure ENI engaged a first package of approximately $30 million including drilling and seismic re-processing, plus a second package of $38 million.

Then ENI will pay further amounts of up to $90 million as a results from these programs and the award of the production licences.

The licenses will be operated through a joint venture which has already been agreed by Cadogan and ENI.

This Agreement was developed within the frameworks of the Memorandum of Understanding (MoU) between ENI and Nadra Ukrayny, and the Cooperation Agreement with Cadogan, both signed in 2011.

Cadogan had already transferred ownership of its two west Ukraine licences, Debeslavetska and Cheremkhivska to the joint venture.

Following the conclusion of the transaction Cadogan will retain ownership of 15% of LLC Westgasinvest.

The Lviv Basin is considered to be one of the most prospective basins in Europe for the exploration and production of shale gas, being also the prosecution of the Lublin Basin in Poland which has already attracted substantial interest from the hydrocarbon industry.

ENI is a major IOC developing an integrated business model in energy sector.

Therefore ENI is committed to grow in the activities of exploring, producing, transporting, transforming and marketing oil and gas.

Most of ENIs’ capital expenditures are concentrated on the Exploration & Production Division ($12.5 billion) for the development of oil and gas reserves directed mainly outside Italy, in particular in Algeria, Congo, Egypt, Iraq, Kazakhstan, Norway, USA and Venezuela.

Capital expenditures in Italy are mostly to develop well drilling program and facility upgrading in Val d’Agri, in offshore of Sicily and work over activities in mature fields.

Cadogan is an independent oil and gas exploration, development and production company with a diversified portfolio of onshore gas and condensate assets in Ukraine. 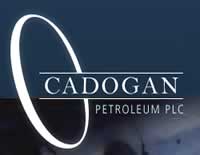 Cadogan has built a portfolio of assets through a series of acquisitions, the first of which was in December 2005.

Cadogan currently has significant working interests in 8 licence areas covering 14 fields in Ukraine with a combined area of approximately 1150 km2.

Cadogan‘s assets are located in two of the three proven hydrocarbon basins in Ukraine, the Dnieper-Donets basin and the Carpathian basin.

The Carpathian basin is one of the largest petroleum provinces in Central Europe.

Cadogan is headquartered in Kiev and supported by operational offices in eastern and western Ukraine together with a representative office in London.

Cadogan’s oil and gas activities are located exclusively in Ukraine, a country which is characterised by high demand for energy.

ENI ‘s extended transaction with Cadogan on Westgasinvest strengthens ENI‘s presence in Ukraine with the access to the Lviv Basin for the development of ENI‘s global shale gas footprint in Poland and USA.