With the 30 percent mono-ethylene glycol (MEG) portion made from plant-based resources, this was a big step toward reducing the company’s dependence on fossil-based materials for making its PET plastic packaging. 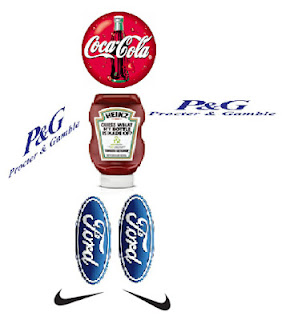 Now bioPET takes a leap with the ambition of these leading companies to accelerate the research & development of 100% plant based PET material.

PET stands for polyethylene terephthalate and is used as a durable, lightweight plastic in a variety of products and materials including plastic bottles, apparel, footwear and automotive fabric and carpet.

Coca-Cola had made a first step in developing the PlantBottle™ packaging technology.

Partially made from plants the PlantBottle™ has demonstrated a lower environmental impact when compared to traditional PET plastic bottles.

This technology had been extended to Heinz which is currently licensing Coca-Cola PlantBottle™ for select Heinz ketchup bottles in the USA and Canada.

In joining Coca-Cola and Heinz, Ford, Nike and Procter & Gamble are expecting to  leverage the research and development efforts and speed up the PET technology enhancement.

PTC members are committed to researching and developing commercial solutions for PET plastic made 100% from plants and will aim to drive the development of common methodologies and standards for the use of plant-based plastic including life cycle analyses and universal terminology.

These leading brand companies are making a commitment to champion and support research, expand knowledge and accelerate technology development to enable commercially viable, more sustainably sourced, 100% plant-based PET plastic while reducing the use of fossil fuels.

Benefits and Challenges of the bioPET

The original PlantBottle was made of PET derived in part from Brazilian sugar cane or molasses, which is used to make ethanol and then ethylene glycol (EG), a building block for HDPE.

Now natural health beverage company Odwalla Inc., Dinubia, California, USA, a subsidiary of Coca-Cola, plans to transition all of its single-serve bottles to PlantBottle packaging of HDPE made from 96% to 100% plant-based materials—again, sugar cane juice or molasses.

At present, the only commercial HDPE from sugar cane is made by Braskem in Brazil.

Plant-based TerraPET film has an advantage over films containing recycled PET because it lacks the extra heat history which can produce black specks.

Although plant-based TerraPET costs a little more, users may be able to downgauge relative to using recycle-content films.

The competitiveness of bioPET is influenced by a multiplicity of factors beyond simply production economics and crude oil pricing.

One of the bioPET building blocks, renewable MEG, is already made in India from ethanol sourced from Brazil.

Sugar cane is the feedstock of choice. 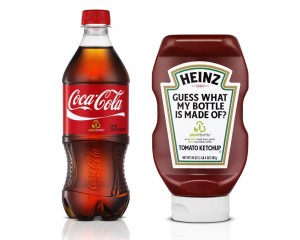 There is the potential to do this commercially outside Brazil at lower cost using second generation cellulosic feedstocks.

The production of building block biobased p-xylene has been demonstrated at small scale by the Gevo-Toray via bio-isobutanol and bio-isobutylene.

Still another option is gasification of municipal solid waste followed by syngas conversion to BTX-containing p-xylene.

Green performance and product cost of bioPET depend on resin product composition (30% versus 100% biobased) and the supply chain logistics and ecology.

For example, how green and cost effective is a bioPET if intermediates like ethanol, MEG, isobutanol and p-xylene are shipped over huge distances for inter-conversion prior to bioPET production?

Coca-Cola and other pioneers like  Klöckner Pentaplast and Braskem has shown that 100% plant-based PET or bioPET are viable at industrial scale, with the support of other martket leaders such as Ford, Heinz, Nike and Procter & Gamble, the Plant PET Technology Collaborative (PTC) may create a new standard for world scale bio-plastics production.