This announcement comes in the same time as BASF is currently building the world largest single train TDI plant in Europe.

BASF is a global leader in the polyurethane market with a global footprint in the production of Toluene Diisocyanate (TDI).

Actually BASF can supply each one of its regional markets with local facilities in:

TDI is an essential building block of the polyurethanes industry to serve the:

Since these applications are directly related to standards of living level, the urbanization and the surge of the middle class in emerging countries favor the consumption of these goods.

The global demand for polyurethane is increasing faster than world GDP and should remain strong in several regions such as Central and Eastern Europe, Middle-East and Africa.

From this rationale, BASF made, in May 2011, the final investment decision (FID) for a TDI greenfield project in Ludwigshafen, Germany.

The greenfield TDI facility should have a capacity of 300,000 t/y.

To facilitate the supply of the feedstock and benefit from the local infrastructure, the new TDI plant will be integrated in the existing chemical complex.

BASF is planning to start operation in 2014.

Listed at the Warsaw Stock Exchange, Ciech is one of the 50 largest company in Poland.

With operations and Poland, Western Europe and Asia, Ciech is manufacturing a large portfolio of basic chemicals covering soda ash, baking soda, salt, fertilizers, epoxy and polyester resins used in producing goods for the daily life and the agriculture.

In the agreement signed between the parties, BASF will acquire Ciech’s global TDI business except the local Zachem production unit in Poland.

During the transition phase, BASF and Ciech will cooperate on: 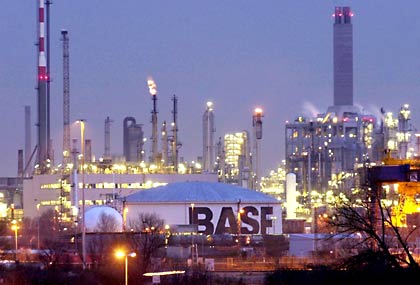 – Marketing and sales in opening new accesses to the market through the respective BASF and Ciech networks.

With Ciech acquisition, BASF increases immediately his capacity of production to capture business opportunities in the largest markets such as North America, Europe, and China.

In a short term BASF secures it market leadership with Ciech in the same time that it eliminates a direct competitor in a highly price competitive market.

With the depression of the automotive market in Europe, the competition on the polyurethane market would have turned even more fierce.

This acquisition will damp the competition and provide BASF with capacities to conquer new markets.

On longer term, the BASF greenfield TDI facility in Ludwigshafen, due to come on stream in 2014, will add again capacity in using the most advanced technologies to strengthen BASF  market leadership on the polyurethane market.