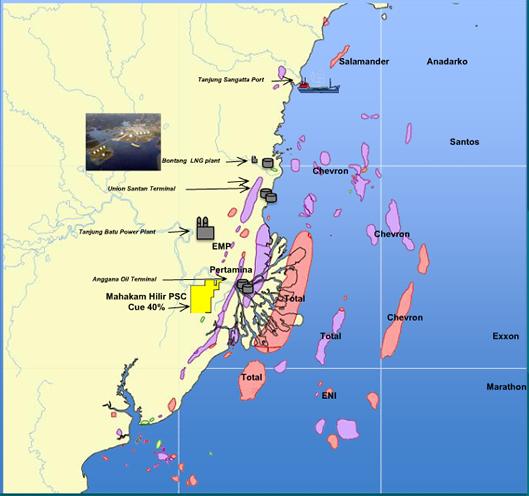 Chevron is planning to spend $3 billion in Indonesia this year where Gengalo and Gehem should take a major part.

While Technip is performing the FEED for these two large FPUs, Chevron is completing the qualification process of the potential contractors to receive an invitation to bid (ITB) this quarter.

For this FEED , Technip has involved its Jakarta office in Indonesia and Houston office in Texas, USA.

In this gas and condensates production project, Chevron owns 80% and ENI 20%.

The Gendalo FPU will also treat the gas collected from Maha and Gandang fields. Therefore it should have a processing capacity of  420,000 mcf/d gas and 30,000 b/d oil

The gas and the condensates will be transported from the FPUs to the Santan Terminal, East Kalimantan through subsea pipelines. From there a part of the gas will be sold as such and another part will supply the Bontang LNG facility.

While only FPUs, their sizes, hundreds meters long and 25,000 t topsides weight have requested Chevron to proceed with a strict selection of the potential EPCs having at least experienced $1 billion offshore projects.

In this context three teams of contractors are in competition, each one having a South Korean player: 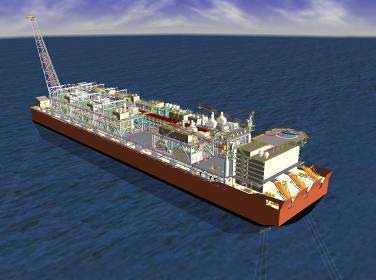 In this competition the role of the Indonesian companies will also be critical as the regulation requests 35% of local content.

Since the hulls should be executed in South Korea, these 35% of local content should be closely selected with the local companies for the topsides.

In parallel of the FPUs, Worley Parsons Indonesia is performing the FEED for the subsea and Flowline system.

The completion of the FPUs is planned in 2016.