When Saudi Aramco and Sumitomo had created the joint venture PetroRabigh in 2005, this complex was designed as the biggest integrated refinery and petrochemical complex in the World.

With a capacity of 400,000 b/d crude oil PetroRabigh has seen several upgrades and expansions. 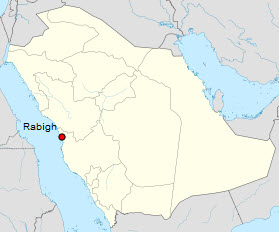 The Front end engineering and design (FEED) had been done by Foster Wheeler and the engineering, procurement and construction (EPC) contract for the last refinery upgrade had been done on a lump sum turn key (LSTK) contract by the Spanish Technicas Reunidas.

Actually the refinery produces gasoline with a sulfur content of 300 parts per million (ppm) which needs to be reduced to 10 ppm in order to meet international environmental standards.

In that respect, Saudi Arabia has spent $ billion capital expenditure to up grade all the refineries in the Kingdom, now it comes the turn to align PetroRabigh on these standards.

Regarding the PetroRabigh refinery the estimated capital expenditure for this clean fuel project is around $1 billion.

The scope of work of this  FEED includes:

– Set the specification for the whole list of equipment required

– Evaluate with potential licensors the most costs efficient solutions

– Estimate the number of man-hours and time frame forecast for the engineering, procurement and construction (EPC) phase of the project

To pre-qualify the bidders, Saudi Aramco evaluated the engineering companies which had a proven experience in working in Saudi Arabia in large and complex projects and had previously performed FEED work in similar clean fuel projects.

Finally seven engineering companies submitted a tender to Saudi Aramco for the FEED of this PetroRabigh Clean Fuel project: 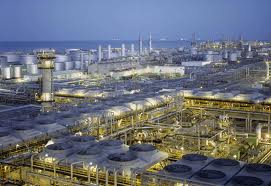 Saudi Aramco to test its GES+ initiative in practice

The bidding process for the FEED of this PetroRabigh Clean Fuel project comes right on time with the Saudi Aramco’s GES+ initiative in progress in parallel.

Saudi Aramco had launched this General Engineering Services Plus (GES+) initiative under the govern of the Saudi Government to increase the local content of its capital expenditure in high added values activities such as engineering.

The purpose of signing a GES+ contract with Saudi Aramco is to give the engineering companies the qualification to bid on engineering services, such as feasibility studies, FEED or PMC.

To meet the GES+ requirements and get qualified by Saudi Aramco, some global engineering companies have been working hard for more than one year and created joint venture with local contractors. 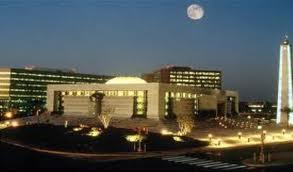 If we cross check this list with the seven bidders of the PetroRabigh Clean Fuel project, we can see that only Foster Wheeler, Jacobs and KBR went through the both qualification process.

Anyway, the other bidders such as JGC, Sinopec, Tecnicas Reunidas, WorleyParsons may submit very aggressive tenders while they have not fulfilled the GES+ requirements yet.

For Saudi Aramco as well as for the engineering companies (Foster Wheeler, Jacobs Engineering, JCG, KBR, Sinopec, Tecnicas Reunidas, WorleyParsons) which have submitted bid on this project and for the engineering companies which have signed a GES+ contract (Mustang, SNC Lavalin), the PetroRabigh Clean Fuel FEED will be the first giant project to test at large scale how competitive bid and local content requirements can match together.