With the fifth largest proven reserves of crude oil in the Asia-Pacific region, Malaysia, through its national oil company (NOC) Petronas , occupies a strategic position in between the thirsty East Asia and the producing countries in Middle-East.

Because of this strategic position on the oil and gas map, Malaysia is the second world markets exporter of liquefied natural gas (LNG) after Qatar and the second largest oil and gas producer in Southeast Asia. 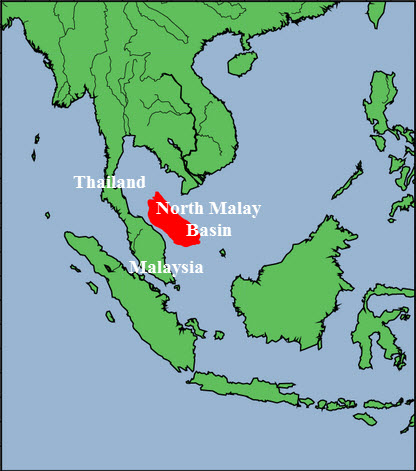 Anyway, Malaysia is facing crucial challenges because of the maturation of its major oil and gas fields and because of its ambition to reduce its reliance on the oil and gas export.

To support its demographic and economical growth, Malaysia is willing to develop manufacturing industries and thus its petrochemical sector.

Over the next five years, Petronas and international oil companies (IOCs)  such as Hess, ExxonMobil, JX Nippon, Shell or Total, are planning to invest more than $30 billion capital expenditure upstream, midstream and downstream.
These projects will cover intensive enhanced oil recovery (EOR) campaign to boost oil and gas production from aging and marginal fields.

They will also expand the network of pipeline system and storage terminals to facilitate transportation and distribution across one of the largest country in the region.

All these investments propel Malaysia amongst the most dynamic countries of the oil & gas and petrochemical sector for the second part of this decade.

Hess and Petronas at final decision on Bergading CPP

The New York– based Hess Coporation (Hess) and the Malaysia national oil company (NOC) Petronas are reaching the final investment decision (FID) stage with the Bergading project to develop the natural gas and condensate in the North Malay Basin offshore the Malaysia Peninsula. As part of the Block PM 325, Bergading has been ranked as the largest discovery in the North Malay Basin.

Petronas to develop K5 on its own offshore Sarawak

The Malaysia national oil company (NOC) Petronas is opting for the all offshore multi-platforms concept to develop the challenging K5 natural gas field in the South China Sea offshore the Sarawak Province in Malaysia. This decision comes in the same time as the French major company Total has decided to withdraw from the K5 project, leaving Petronas to continue on its own the development of this gas field. The K5 natural gas field is rather unique as it contain 70% of carbon dioxide (CO2).

The international oil company (IOC) Royal Dutch Shell is calling for bid a three year engineering contract to design and develop a pilot vessel to provide chemical enhanced oil recovery (CEOR) at the St Joseph oil field offshore the State of Sabah in Malaysia. This quick move comes as the consequence of the decision made by the national oil company (NOC) Petronas to drop its Angsi CEOR Vessel project and consider alternative options.